Written By: Margie Clayman | Comments Off on Leadership Lessons from Lincoln (Part 4) 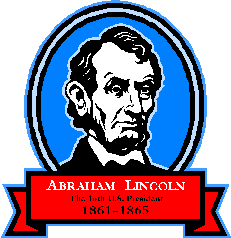 From Catherine: This week we continue with Margie Clayman’s epic collection of leadership lessons from one of the most revered presidents in U.S. history – Abraham Lincoln. If you missed the first post, you can find week one here. And week two here and week three here. We hope these lessons will inspire you to think about your legacy, and give you some ideas that you can implement in your business. Below we present lessons 61 to 80:

61. Judge others based on actions, not words

Had Lincoln given great credence to words, he’d have believed that McClellan really was the second coming of Napoleon. McClellan’s actions (or lack thereof) spoke louder than any words.

62. Learn to match skills with tasks

Lincoln knew that Sherman had the ability to carry out the kind of warfare that was needed to bring the South to its knees. Lincoln knew that Grant was the type of general who could take on Lee. Lincoln’s cabinet was put together carefully based on matching people with tasks. This is a key trait for any leader.

Many leaders focus too much on one or the other. People need to understand the possibilities success will bring and the risks of failure.

64. Be your own best counsel

Lincoln, even with his closest friends, kept many of his thoughts close to the vest. Indeed, this trait was a great frustration even to his wife. But ultimately, his decisions came from his own gut.

Benchmarks, anniversaries, and important events are important to mark. Lincoln’s mention of “Four score and seven years ago” indicates how he commemorated one event, Gettysburg, by referencing another great event in American history.

Lincoln motivated his men by reminding them that they were fighting for their Union. By issuing the Emancipation Proclamation, he framed the war as a battle for freedom (even though many Union soldiers refused to fight to free Black people).

67. Verbalize your goals, strategy and tactics

Let people see the full picture of what you are envisioning.

Lincoln spent hours in the telegraph office monitoring news from all of the fronts on which the war was taking place.

69. Know what should happen next

Lincoln could always think a step ahead. He was infuriated that Lee was not struck as the defeated Confederate Army left Gettysburg.

70. Acknowledge but do not dwell on the past

Past victories and past mistakes must remain a part of a leader’s narrative, but they should not remain the focus.

71. Learn to convert rivals into supporters

Lincoln’s cabinet consisted, primarily, of men he beat during the Presidential campaign of 1860. By the time he died, most of these men, who at first felt they were more qualified than he, had a deep respect for him.

72. Learn to give up on people who are toxic

Although Lincoln liked to think the best of people, he also knew when to let people go. McClellan, again, is a case in point.

73. Remain aware of your resources

Not only did Lincoln have to track men, supplies, and money, but he also had to monitor England and France to see if they would remain neutral, become allies, or end up supporting the South.

74. Fairness must exist across all planes

Here, Lincoln failed. In New York City there was serious rioting when Lincoln announced a draft plan that the wealthy could buy themselves out of.

Although Lincoln signed the Emancipation Proclamation, he did not only do it to free the slaves. He did it to defeat the South. Does this make the action less admirable? For many, the answer is yes.

76. Be willing to alter your life view

Lincoln learned to greatly admire Frederick Douglass, though Lincoln had never before had a Black friend. This was quite a change in Lincoln’s life, but he was willing to evolve and alter his life view.

77. Be a dreamer who can remain realistic

Lincoln always dreamed that the Union would win and that the country would come back together, but he did not bank on luck or Providence to make it so.

78. Maintain hope and give it to others

It would have been easy for Lincoln to give in to sorrow, but he always maintained hope that the war would end, and this hope was carried on to the rest of the country.

Lincoln was always embattled by detractors. He knew which ones to engage with and which ones it was okay to ignore.

80. Be brave but not careless

There is a story of Lincoln visiting a battle scene and standing up behind the protective wall, where the Confederate soldiers could clearly see his tall frame. Lincoln may have wanted to show his bravery, but his action drew more fire upon his men.