3 Strategies for Becoming a Masterful Networker

Written By: Greg Hartle | Comments Off on 3 Strategies for Becoming a Masterful Networker 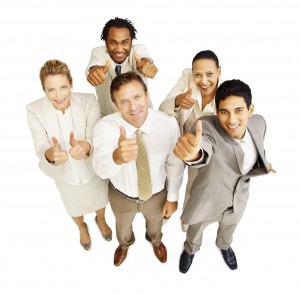 In the last 400 days, I’ve met over 500 people. These are people I’ve actually had a one-on-one conversation with. They are people from every day walks of life. Many have changed my life. Some have told me that I’ve done the same for them. They are people I’ve met at airports, libraries, bus stops, restaurants, conferences, beaches, and everywhere in between. I’ve done business with many of them. I’ve deepened these relationships through social networks and brought some of the online relationships offline. One person I met has turned into a business partner. I now serve as the Chairman of the Board for a company owned by another.

You could say that all this time I’ve been networking. I would say that I’ve been living life – partly because I throw up in my mouth a bit every time I utter the word “networking” and partly because I truly believe networking is much more than just shaking hands and passing out business cards. It’s about building social capital and cultivating long-term relationships. When done correctly, a strong network extends your sphere of opportunity far beyond your direct contacts. And, more importantly, the relationships that you build not only bring business, but happiness.

The problem is that most have been taught to view networking as something you go and do. But, masterful networkers make networking an integral part of everyday life.

When you meet people who have learned to build long-term relationships, you realize how much practice they’ve put in. When you meet people who are capable of building instant rapport with strangers, you understand that networking is a skill like any other and must be developed. You learn that masterful networkers all have something in common. They never network for networking’s sake – that is to make more contacts, gather more prospects, or to close more business. Instead, they focus on being real, authentic, and establishing relationships with people they actually like.

How do they do it? If you want to become a masterful networker start here:

1. Meet people as people first. Instead of being concerned about job descriptions, elevator pitches, or other 20th century tactics, focus instead on getting to know the individual, not the professional. Ask questions like, what are you most passionate about? What personal projects are you working on? When you’re not working, what do you like to do? By moving the conversation away from the professional toward the individual, you’ll not only be different from everyone else that person has talked to, you’ll determine if you have common interests that will lead to a longer-term, deeper relationship.

2. Actively listen. Most people think that they have to make a strong first impression, and in order to make an impression, they have to talk about themselves. That’s a recipe for becoming the person in the room everyone wants to avoid. Rather than becoming the person everyone wants to avoid, become the person everyone wants to talk to by actively listening and asking clarifying questions. By asking questions, you not only show that you’re listening, you show interest. The more (genuinely) interested you are, the more rapport you’ll build. And when you leave the conversation, instead of giving a canned exit response like, “Nice to meet you,” reference something mentioned during the conversation and they’ll remember you forever. Stop worrying about your first impression and start focusing on leaving a lasting one.

3. Become a conversationalist. Surprisingly, most people are often awkward when asked an off-the-cuff question. That’s because we spend too much time trying to develop the right responses and the perfect answers to anticipated questions, instead of investing that time in practicing random conversations. Maybe you find yourself saying, “I never know what to say.” Of course you don’t. Nobody does. But, by practicing impromptu conversations, you get better.

For practice, grab a group of friends, pick a random topic, and each talk for two straight minutes without interruption. You’ll probably suck at first, but over time, you’ll find it easier and easier to converse about random, unexpected topics. And once you become a conversationalist, you’ll find strangers quickly become friends with ease and elegance.

There are no shortcuts for building relationships that truly matter. But, with a focus on the strategies above and consistent practice, you’ll find that “networking” really isn’t about networking at all. It’s about everyday life and all there is to gain, professionally and personally, from the relationships you build.

I’m curious, what strategies do you use? Please share in the comments below.