Five Lessons for the Entrepreneur from the Movie Beginners

Written By: Margie Clayman | Comments Off on Five Lessons for the Entrepreneur from the Movie Beginners 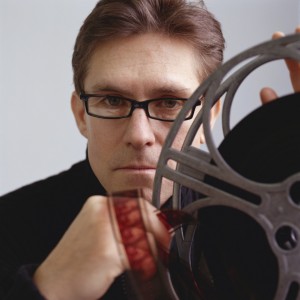 Recently, I watched the film Beginners, starring Christopher Plummer and Ewan McGregor. I had heard rave reviews about the film – indeed, Plummer won an Oscar for his performance. The story is of a 75-year-old man who, after his wife’s passing, comes out openly at the same time he is diagnosed with lung cancer. The complexity that these life changes cause for his son (McGregor) and the freedom Plummer experiences in his last years of life make for a truly memorable and engrossing film.

As is the case with most great movies, lessons on many different facets of life can be garnered from beyond the main plot of the film. The following lessons for entrepreneurs occurred to me as I thought about the film after finishing it.

1. Don’t dedicate yourself to something that you aren’t really committed to: In the film, part of the exploration is how a gay man could remain married to a woman for 44 years, all the while hiding his desire to live a very different kind of life. By the time this character realizes that his life is HIS life, it’s almost too late.

As an entrepreneur, make sure you are not committing yourself to a business that you can’t see yourself loving for the rest of your working life. Make sure that you are 100% honest with yourself and anyone working with you.

2. Don’t set yourself up for failure: In the process of dealing with his father’s death, Ewan McGregor’s character also meets a woman whom he is head over heels about. But you come to understand that McGregor’s character believes from the start that this relationship will not work out, and he actually creates for himself a self-fulfilling prophecy.

As an entrepreneur, you need to be a realistic optimist. The more that you think about all of the pitfalls, the more likely they are to gravitate towards you. That’s not to say that you shouldn’t plan for them, but don’t set the stage for them either.

3. Keep an open mind: A lot of the film’s message is about adjusting expectations. Plummer’s character hoped for years that by living a conventional married life, his homosexual tendencies would just sort of disappear. McGregor’s character has to readjust his perceptions of his father as his father becomes alive with self-discovery. In the end, all of the characters in the movie grow.

Plans are great, but life and business seldom let us see our plans through to completion just exactly as we would have liked. Be open to any changes that come your way. See how they can make you and your business grow. See what develops from those unexpected bumps in the road.

4. Never think that you know everything: One thing McGregor inherits from his father is the little Jack Terrier named Arthur. The two quickly become inseparable, to the point where McGregor’s character takes Arthur to a costume party. A woman comes up to him and asks if the dog does any tricks, and McGregor’s character quickly says, “No.” The woman tells the dog to sit, shake, roll over, and he does all of it perfectly. You can tell McGregor’s character is rather surprised by this series of events.

Perhaps one of the most dangerous things an entrepreneur can face is success. Once you reach a certain point, it’s easy to think that you know all there is to know about business, your business, and your industry. Allow different perspectives to come in and challenge you, and be ready to learn.

5. Never give up: At one point, Plummer discovers that his new boyfriend is not exactly monogamous. Plummer had already found that finding a significant other as a 75-year-old could be challenging, but instead of getting beaten down and depressed, Plummer, as he later informed his son, put out an ad in the personals. In the end, he formed a loving relationship with his boyfriend and that man was there with him until the end.

You will face many situations in business, as in life, that seem 100% impossible. There are obstacles that it seems you will never be able to conquer. There are twists in the road, curveballs thrown, and many other things besides. Don’t let these challenges deter you. If you are truly committed and love what you do, you can find a way to overcome those challenges and keep plugging away.

Have you had experience with these lessons as an entrepreneur? If you’ve seen the movie Beginners, what other lessons would you draw from it coming from an entrepreneurial perspective? I’d love to hear your thoughts!