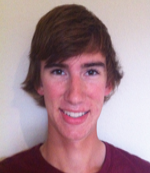 Written By: Josh MacDonald | Comments Off on 5 Reasons Most Teenage Entrepreneurs Initially Fail 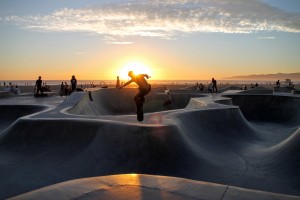 As a teenage entrepreneur, a lot of my classmates often envied me for the money I made. Thinking back, my teachers did too. Classmates and friends would ask me for ideas to make money – and I often did help them.

Even now that I’m in my third year for my bachelor’s, my friends ask for advice or fixed-price tasks that I can do for them. Over these years, I’ve learned a lot about the work ethic of my peers, and I can usually pinpoint exactly why they will fail or quit.

Here are five reasons why young entrepreneurs will find it hard to accomplish anything substantial in their entrepreneurial teenage years.

1. They are too comfortable where they are

It’s been said that “comfort is the enemy of achievement.” Most teenagers still live at home, and for most of them their life is pretty good, regardless of how much they take it for granted.

They have all the essentials to live, and there’s no pressing financial issues that force them to make money. They can put off moving their project forward or letting it fail without any major consequences. They don’t have a family to provide for, or a mortgage to pay. Regardless of the mistakes they make, life will still be good the next day.

2. They are easily distracted

Have you ever seen the last 10 minutes of a 75-minute high school English class? By that time, kids are hyper and anxious to dart out of class. Teenagers will act the same way about almost anything, including their work.

They might not always be distracted by parties and sports, but rather distracted to start another project that initially seems to be a better idea (but may not be).

Projects are like relationships. Teenagers will have that honeymoon phase for the first few months, but it will wear off, at which point reality will set in and they’ll have to decide if they’re going to be able to commit to this project long term. Or they might just lose interest.

3. They think ideas are worth something

So many of my friends think that their ideas are something precious and valuable. They think that an “idea person” is actually a founding position in a company. Not to mention, they don’t want to tell anyone about their idea because they’re worried their classmates are going to steal the idea, and push it forward for years until finally the idea person’s product is launched.

Teenagers need to understand that an unexecuted idea isn’t worth a whole lot until you can validate it or until you execute it.

I’m only 20, but I’ve been selling products and services online for six years now, and I feel the amount of mistakes and lessons I’ve learned from them is what makes so many of my new projects and ideas become successful.

I understand what works and how to execute. My knowledge isn’t based on suggestions from my buddy Kevin’s uncle – or quotes from motivational Instagram accounts.

What I know is based on actual results that I have had within the past few years. The knowledge is fresh and there’s no need to second guess myself because I’ve already done it once, and I know I can do it again.

5. The don’t have interest in solving the problem

Teenagers, like most people, are motivated by money. The primary reason that most of them go into business is to make money. Many don’t care about helping people or building an awesome brand, and they don’t care about solving customers’ problems: They just want the cash.

In that case, it will be really hard to maintain interest and stay passionate about their project when it probably won’t make a whole lot of money in the first six months (or possibly first few years).

What will likely push them through is their drive to make a helpful product that solves an issue, likely one that they have experienced. When they care enough about solving the problem at hand and feel the customer’s struggle, the money will follow.

Based on my experience, those are five things I wish I could tell every teenage entrepreneur that shows interest in doing what I do. Many don’t quit for the reasons that they think they will – like time or money constraints.

I feel confident that if a teenager understands and acknowledges these points before starting a project, they will be further ahead than most kids their age.

Article written by Josh MacDonald
Follow @JoshMacDonald19
Josh MacDonald is an Internet entrepreneur who has sold thousands of licenses of his marketing software to agencies around the world throughout his teenage years. His website and blog is https://joshmacdonald.net and his latest project is http://shoutour.biz.