Written By: George and Mary-Lynn | Comments Off on A Common Mistake Newly Successful Entrepreneurs Make 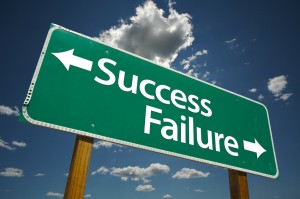 Here’s a true story about an entrepreneur that launched a business. He started with very little capital.

The first year in business was rough. He was constantly scrounging for sales. The business lost money. Yet somehow, he kept the bills paid.

The second year was a little better. The business hit breakeven. Year 3 was better yet. He was in the black.

He kept growing. His little company was turning into something significant. He was making more money than he ever dreamed he would.

So, he bought two new cars – one for himself and one for his wife. Not just any cars, not the kind of cars he had been buying. He wanted to make a statement, to show the world how successful he had become. So, now he had two brand new luxury cars sitting in his driveway.

But they didn’t look right. The cars didn’t match the house. So, he had a new home built. It was much bigger than his old one. He had spectacular views of the lake from almost every room.

It was the perfect place for entertaining. And boy, did he and his wife entertain! They soon became popular members of the who’s who in their community.

They were the go-to people for organizations raising money. Of course, they joined the country club. They sent their kids to a private school. Life couldn’t be better.

Then, the economy experienced a hiccup. Customers weren’t buying as much as they had before. He had to cut costs. Unfortunately, he needed to cut back on how much he took out of the business. But he couldn’t afford to – the costs of his personal life were placing a burden on the business.

There just wasn’t enough money to go around. The near success story became part of the statistics about small business failure.

We’ve seen this happen again and again. We know of entrepreneurs who bolted out of town with their creditors on their heels. We’re also happy to say we’ve witnessed some of them come back to create lasting success.

These were good businesses with good people in charge. We can take away some lessons from their misfortune.

We’ll warn you – we’re about to say two things which are diametrically opposed. However, they both hold true simultaneously.

No matter what size your business is, you should keep your business finances separate from your personal finances. It’s essential if you’ve set up an entity like a corporation or Limited Liability Company. It’s what “the tax man” wants you to do. More importantly, it’s the only way you’ll really understand what’s going on in your business.

Don’t let your success story turn into an excess story. You prevent it by managing your personal finances as diligently as you do your business finances.

Every business outlay is an investment in future sales. Every personal expenditure should increase your long-term happiness.

The most successful business owners often don’t appear to be rich. Yet, they are, because they understand the concept we’re discussing here so well. Focus as much on building your personal balance sheet as you do on building a profitable business.

Dial down the wrong debt

Debt increases volatility. As a business owner, your world is volatile enough. Don’t make it more volatile by taking on the wrong debt. Dial it down.

The wrong debt is debt that doesn’t make you money. Good debt means borrowing at 5% to buy an asset that will make you 15%. Bad debt is when you borrow for an asset that depreciates in value. For a really bad example, think “plasma TV.” Yes, it’s great for you and the friends to watch games on. But before you borrow to buy it, think about your baby – your business. You may decide it’s better to wait until you can pay for it with excess cash.

Speaking of cash, financial planners generally recommend maintaining a cash reserve to cover your living expenses in case of an emergency. Prior to the Great Recession, recommendations generally ranged between three and six months. Now, we’ve noticed some experts suggesting as high as a year.

As an entrepreneur, your income may be erratic and even volatile. So, it’s best to keep a cash stash toward the upper end of the recommended range.

There are many rewards for thinking about your money the way that we’ve described here. Chief among them is less stress on your way to greater success.

Do you know people who have made these mistakes? Have you? Please share your experiences in the comments below.