Written By: Catherine Morgan | Comments Off on A Control Freak’s Guide to Change (Part 2) 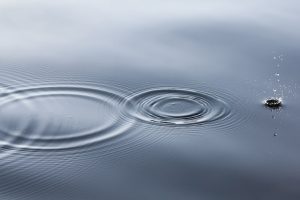 I got some fun comments and reactions to “A Control Freak’s Guide to Change (Part 1)” so let’s continue our exploration of how you might be blocking change.

Let’s face it: We humans like our comfort and safety. From an evolutionary point of view, staying safe helps us live long enough to reproduce. We’re wired that way.

And a body at rest tends to stay at rest (Newton’s first law of motion) unless something acts on it.

Translation: unless you or something external puts a fire under your butt, you’re likely to stay as you are.

And to really pile it on, let’s admit that change is messy and uncomfortable. As much as you may know that something needs to change, or you may deeply want something to change, it probably won’t unless you have some big pain to move away from – or some big pleasure to move toward.

However, even when we really want change, we can have one foot on the gas and one on the brake, which leads to a lot of frustration and very little progress.

You can get fixated on what you want. You want to hit this revenue goal in this timeframe. You want x clients in this month.

Defining a goal or a desired outcome is fine, but you also need to know that what you ask for may come in a different form or in a different way than you planned.

So, have a plan and execute on the plan, but know that this isn’t like online ordering. Sometimes things don’t work out, and sometimes you get something better than you imagined.

Change seems to take a maddeningly long time. Whatever time you allocated for changing a habit, implementing a new process or software package, or hiring a new employee may take much longer than you anticipated.

Most people overschedule or don’t spec out the time required to do something accurately. I always joke that any estimate you get from a developer should have six weeks added to it because developers are notoriously bad at estimating time.

And I think that certain changes require white space and a place to land mentally and physically. If you are running around with your hair on fire, you are not likely to change anything because you simply don’t have the bandwidth.

Giving up too soon

If change is not happening or happening very slowly, it can be tempting to throw your hands in the air (or throw something) and scream, “This isn’t working!”

Change happens on its own timeline. You have to respect the process. You need to do your part while staying a little flexible on the outcome, and leaving some space.

It’s frustrating and I totally get it. I don’t like it either, but I would caution you not to give up too soon. Often, some things are changing, but you can’t see it yet. I think many people give up right before something amazing happens.

So, the trick is to stick with it a little longer than you think you should, but not to the point where you are throwing time and money at something that isn’t going to work.

It’s hard to know exactly what that point is, but generally, it’s further along in the change process than you would think.