A Real Friend Will Tell You

Written By: Catherine Morgan | Comments Off on A Real Friend Will Tell You 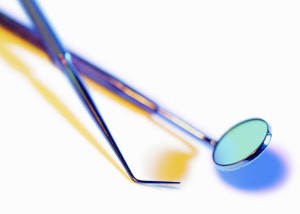 We are not the blog that will say, “Start a business and get a life!” We think starting a business is a serious undertaking, not to be entered into lightly. However, if you have decided that owning a business is the right decision for you, we are here to support you.

And by support, I mean that sometimes we may tell you the tough things, the things you might not want to hear. That’s Carol’s philosophy, the Spinach In Your Teeth® philosophy to be exact.

Below are some excerpts from that philosophy that are definitely worth repeating:

“Spinach?” you may be asking yourself. “What the heck does spinach have to do with entrepreneurship?”

Pretty much everything, actually.

In fact, in both cases, the entrepreneurs have spinach in their teeth and nobody told them.

See, spinach is a lot of great things – it is healthy, low in calories and fairly tasty as well. But for some unknown reason, it always gets stuck in your teeth, making you look like a crazy person with really poor dental hygiene.

If we see spinach in your teeth, we will tell you right away so you can get rid of it. We’ll even work with you to make sure you are looking in the right place and at the right tooth.

Not everyone feels that way. So called friends, family members and acquaintances will sit through an entire lunch looking at the spinach in your teeth and not say anything. They don’t want to “feel uncomfortable” or “embarrass” you (or themselves) by telling you about that spinach.

A lot of entrepreneurs and would-be entrepreneurs have spinach in their teeth. Instead of telling them, their friends and family don’t want to engender hurt feelings. They would rather spare a hurt ego rather than spare the entrepreneur from wasting time, money and effort.

Beware of anyone who won’t tell you when you have spinach in your teeth.

We respect you and believe it is better to give you the uncomfortable news that you have spinach in your teeth (or toilet paper sticking to your shoe) right away so you can deal with it properly.

Then you can use your wonderful smile to its full effect, and put your best foot forward.

P.S. – If you are thinking about starting a business and want some help with the pros and cons, we are a little biased but we highly recommend you check out The Entrepreneur Equation.