A Surprising Insight on the Importance of Focus

Written By: Shep Burr | Comments Off on A Surprising Insight on the Importance of Focus 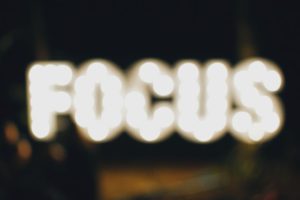 Following a 35-year career of significantly building revenues for a number of companies, I became a growth strategy consultant for small- and medium-sized businesses aiming to achieve ambitious sales goals.

After almost 18 months at this, I have learned something I did not expect. The greatest strategy challenge of almost every company I have helped is to overcome a lack of product focus!

In short, most were jacks of many trades, instead of becoming a powerful master of one. Here are two examples:

Situation: A company doing international business for more than 25 years decided to diversify because its core business was staff-heavy, annual sales had plateaued, and growth prospects were very limited. As a result, it dove into three new, different businesses in an effort to build revenues.

Fortunately, one of the new enterprises proved to be a winner, but more than three years into the initiative, the other two were losing a lot of money and proving to be a distraction.

Even though the principal promised to kill those businesses if they were not profitable (or at least hopeful) after two to three years, she was having trouble cutting the cord. The reason? All of the effort and money expended to that time, and the ego-inability to accept two failures.

The right answer: Celebrate the victory of the successful new business, and shut the unprofitable businesses down immediately. Focus all hands on sustaining the established company and building the new business that is growing quickly.

Situation: A national company had four different sales channels. One had strong revenues and huge upside, one did moderate business with little chance of doing more, one used to do a lot of business (but its market was dying), and a new channel had limited upside as a result of market demographics and limited pricing potential.

Company management was putting equal priority on the four channels, measuring the sales force to ensure that each channel received the same attention. The reason? Affection for the dying channel as a result of old relationships and good memories, ego inability – after a lengthy and costly development process – to accept the likely low contribution of the new channel, and the simple habit, and entrenched company structure, of serving the stagnant channel.

The right answer: Create a plan to disengage from the low-potential channels, sustain the moderate business (at least for the time being), and focus on the largest opportunity, with the aim of becoming the market leader.

Every company product should be analyzed as part of an annual business plan review process. Key questions to get to better product focus are:

The key components following analysis are objectivity and honesty (and sometimes courage!) to make changes that ultimately will be beneficial.

Nobody likes to have their baby called ugly, or admit defeat. And unworthy pet projects or sexy service offerings can turn a company’s head, with good money going after bad, sometimes for a very long time.

However, business is challenging enough without surrendering to old habits, ego, and fears.

Keeping products with limited or no potential can imperil company growth, resources, and morale. Businesses need to focus on doing the right things for the right products! Reasoned go/no-go product decisions should be an essential part of the planning process.