(Best of) Leadership Lessons from Lincoln

Written By: Catherine Morgan | Comments Off on (Best of) Leadership Lessons from Lincoln 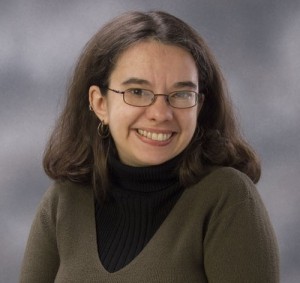 From Catherine: Margie Clayman is the nicest person you will meet in the online world. She is a creator and curator of great content, and we are so thrilled to have her as one of our guest bloggers. She really outdid herself with these lessons from Lincoln. She came up with 100 leadership examples that we shared over five posts. If you enjoyed the movie, you definitely will enjoy these knowledge nuggets.

If you missed the first post, you can find week one here. And week two here, week three here and week four here. We hope these lessons will inspire you to think about your legacy, and give you some ideas that you can implement in your business. Below we present lessons 81 to 100:

81. Be graceful in celebration

When the war was over people wanted Lincoln to give a grand speech. He did not wish to. He understood that the losses had been too great to gloat.

82. Inspire people to be their best

When his men saw Lincoln, they felt that they were truly in the company of a man who had their best interests at heart. They were inspired to fight for this great man and what he believed in because they knew that is what he expected of them.

83. Find ways to support those who do not get enough support

84. Be open to the simple solution

Frederick Douglass often preached (as did Grant) that the simplest way to defeat the South was to arm the Black man. Lincoln took many years to accept this solution.

85. Clear biases and prejudice from your mind

This was a hard struggle for Lincoln, but slowly he began to understand that African Americans were on the same equal plane as any other person he knew.

86. Meet new people and let yourself learn from them

Throughout his life, Lincoln encountered people from different walks of life with different experiences and different views. He seemed open to learning from all of them.

87. Do not ignore the cause of someone’s anger

Frederick Douglass constantly decried Lincoln’s refusal to let African Americans fight. Lincoln often avoided public mention of this debate. Ignoring a person who is calling you out on your faults makes them feel that you do not think they are relevant, which can often make things worse.

88. Remember that everyone has a story

Lincoln may not have known that Jefferson Davis, too, lost a son during the course of the war (he fell from a balcony at the Richmond white house). Everyone has a story that has affected them in some way. Do not judge a person until you know that full story. Only now do we know Lincoln’s story.

89. Anything is possible, good or bad

Not only did Lincoln keep track of all fronts in the war, but he also kept track of other needs the country was facing. A leader cannot often afford to focus on just one thing.

91. Look to history for answers

Lincoln, throughout his life, looked for guidance from Thomas Jefferson in particular.

Every action creates a ripple in the pond that can affect the future. Lincoln understood this implicitly.

93. Don’t assume everyone understands all that you are doing

People likely did not know that while running the war and the country, Lincoln was also dealing with all of his many personal problems. Lincoln could have asked for mercy from his detractors under those circumstances, but he never did.

People cannot guess at what a leader, or any person, wants. Verbalize. Write it down. Do not depend on guesswork.

95. Do not waste time in playing games

Lincoln did not seem to enjoy playing games with people. He preferred to deal with people squarely and say what he thought of them to their faces. This was in stark contrast to his wife, who passed many a letter filled with gossip.

96. Be understanding, but not to the point of being walked over

When he saw how many men Grant was losing, Lincoln could have simply removed Grant from the field. Lincoln understood the conditions and trusted that Grant knew what he was doing. At the same time, Lincoln could identify and react to complete ineptitude. This is a fine line to walk, but it is one a leader must master.

Lincoln clearly forgave his rivals as he incorporated them into his Cabinet. However, it is highly likely he remembered how they had treated him during the campaign, and he likely never forgot how much they had underestimated him.

Never let a dark cloud destroy your ability to dream of something better.

Lincoln, sadly, never got much praise, but it is important for a leader to assume that the next great challenge is right around the bend because it quite often is.

No matter how dark the times, never give up. As a leader, your desperation can have ramifications you might not even have considered possible.

I hope this list has offered some insight into how an actual leader led under some of the most tragic circumstances.

Margie Clayman is the Vice President of Client Services at Clayman Marketing Communications in Akron Ohio. She blogs at www.claymanmarketingcommunications.wordpress.com
and at her own personal blog, www.margieclayman.com.