Written By: Brad Shorr | Comments Off on Breaking Bad Lessons for Small Business 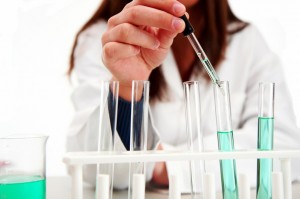 (Note: Some spoilers below.)

Manipulator, monster, meth king … Say what you want about Walter White: He built up a business from scratch that is now so big he literally has more money than he can count. What can we learn from the evil Breaking Bad chemist about running a small business?

Walter’s product is the best on the market. His ultra-high standards allow him to charge top dollar, secure repeat orders, cement customer loyalty, attract best-of-class business partners, open up new geographic markets such as Phoenix and the Czech Republic, and even convert competitors into customers. When you compromise quality, you limit opportunity.

When Walter is faced with a delicate situation, such as dealing with a disgruntled boss intent on killing him, he shifts into his Heisenberg persona – cold, calculating, sporting his signature Porkpie hat, perhaps with a pinch of ricin tucked away inside. Granted, Walter carries this technique too far at times, but it’s smart business to set aside feelings of doubt and inadequacy in a negotiation and instead project an image that oozes confidence.

Walter is a meticulous planner. His strategic perfectionism can be studied in the exciting conclusion of last Sunday’s second-half Season 5 premiere. When Walter confronts his DEA brother-in-law Hank, he is fully prepared, with an argument that is buttoned down tight – and a rather compelling argument at that. When you’re going up against tough competitors like the DEA or the Mexican drug cartel, you can’t afford to take a wait-and-see posture. The ability to anticipate big-picture challenges and formulate a game plan enables you to sustain the initiative.

Be a Tactical Tap Dancer

To maintain job security in Season 3, Walter and his business partner, Jesse, crafted a strategic plan to eliminate Gale Boetticher, a competing chemist. Unfortunately, 11th-hour complications forced Walter to alter his tactical “execution.” Clever thinking and good communication enabled Walter to delegate responsibility to Jesse under severe time pressure, and to successfully complete the assignment. When a business becomes mired in a tactical rut, it cannot adapt to the ever-changing nature of the business environment.

Diabolic though he may be, Walter is unquestionably the smartest guy in the room. Does that mean he’s the only one doing the thinking? No! Whether it’s wife Skyler proposing a gambling addiction cover story, Jesse suggesting a giant magnet to destroy evidence, or business partner Mike advocating the planting of a bug in Hank’s office, Walter is eager to integrate outside ideas into his strategy. Likewise, small business owners must be bigger than their own egos, surround themselves with smart people, and cultivate a team whose sum is greater than each of its parts.

Are you a Breaking Bad fan? What business ideas have you learned from watching the show?