Four Secrets to Building a Giant (Fake) Audience on Twitter

Written By: Andy Crestodina | Comments Off on Four Secrets to Building a Giant (Fake) Audience on Twitter 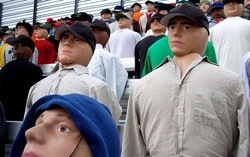 Here are the four secrets for growing a huge fake audience* on Twitter.

*fake audiences are not interactive

The secret to an instant audience is to follow a lot of people quickly. When you follow someone, you get their attention. Many of these people will mindlessly follow you back. So, setup TweetAdder to follow a few hundred people per day. As their tagline says: “Get more followers. Instantly.”

Worried that you’ll end up following 50,000 people with only 5,000 following you back? No worries. Tweet Adder will automatically unfollow the tweeps that don’t follow you back. 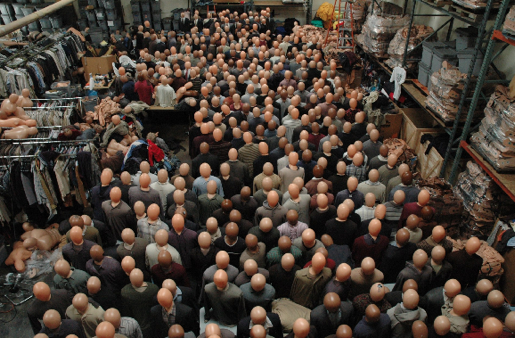 Don’t forget, you’re fake too. If your bio says you “follow back” and you blindly follow everyone, you’ll be sure to connect with like-minded fake audience-types. They’ll find you, they’ll follow you, and you’ll follow back. No human interaction required!

When you tweet, add this hashtag. It will help you be found by thousands of fake accounts. Search for this hashtag (or justclickhere) to see the quality. Impressive, isn’t it? I actually prefer #teamfollowback or #teamautofollow. Now you see how the pros do it.

I know what you’re thinking. Sending tweets takes time. Isn’t there a time-free way to do this? Yes, this can be automated too. Setup SocialOomph.com to automatically send tweets with these hashtags every 5-8 minutes.

It’s never too early to start a fake conversation. SocialOomph can automatically send a direct message to anyone who follows you. Of course, like any good robotic message, it should sound real: “I’m so glad you followed me that I took the time to write you this message!”

It’s All About the Numbers

Sure, it would be nice to have real people as followers. Humans are great. But who has time for that? Now that you know the secrets to building an instant following, you’ll have a huge audience in no time.

Setting aside jokes and snark, who really wants inflatable Twitter followers? The point of social media is to be social, to connect with people, real people. But there is a trick to growing your following: be active. Here are a few dozen recommendations…

Tweet frequently. Interact with people. Answer questions. Follow relevant people. Retweet relevant content. Be active offline. Go to events and use the event hashtag. Tweet at different times of day. Use hashtags. Thank people who retweet you. Say hello to people who follow you. Curate lists of people and keep an eye on them. Schedule tweets in advance during times when you know you won’t be active. Setup Paper.li or a similar auto-curation service. Join Twitter chats. Tweet photos. Put your Twitter handle on other social media bios and your email signature. Have an opinion. Stand for something. Be yourself. Have fun!

This list is far from complete! So, now it’s your turn. How did you grow your following? How many of your visitors are inflatable?

Article written by Andy Crestodina
Follow @http://twitter.com/PointA_PointB
Andy Crestodina is the Strategic Director of Orbit Media, a web design company in Chicago. You can find Andy on Google+ and if you’re an actual human, follow him on Twitter. Special thanks to the Inflatable Crowd Company for the photos and to Lightspan Digital for advice on building real audiences.