Written By: Brad Shorr | Comments Off on Business Strategy: Geniuses Are Idiots 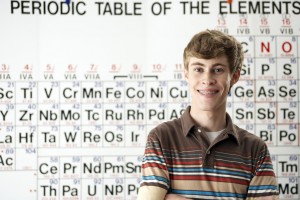 Even if you’re as dumb as a box of rocks, don’t sweat it. You can be just as successful in business as the guy with the 150 IQ – in fact, the odds might even be in your favor. In this post, I’ll point out a few good business reasons to dumb yourself down.

The enduring popularity of The Three Stooges proves that being smart isn’t all that it’s cracked up to be.  In business, brainiacs are plagued by problems that we morons are happily immune to.

For instance, brilliant thinkers often suffer from analysis paralysis. But success in business requires action and lots of it. Superficial thinkers who aren’t held back by the flaws in their plans put everything they have into execution. AND a bad plan well executed outperforms a great plan never executed each and every time.

“Oh yeah. And who are you, Alfred Einstein?”
– Woody Harrelson, Kingpin

Another problem for rocket scientists is that nobody likes them. Smarty pantses make the rest of us feel inferior. They intimidate us. On the other hand, folks who struggle to string two thoughts together are fun to be around. They attract prospects and maintain long-lasting business relationships.

Smart people struggle with relationships. Because they are perceptive and find flaws others miss, they can sour quickly.  Plus, even if they don’t sour, their tendency to constantly reevaluate relationships makes them seem erratic, which can scare off customers, as well as employees.

“Give me a smart idiot over a stupid genius any day.”
– Samuel Goldwyn

A final flaw frequently found in consummate cogitators: a lack of common sense. As Mr. Goldwyn knew, there’s a world of difference between book-smart and street-smart, and street-smarts are a small firm’s most valuable asset. Without practical intelligence, competitors will out maneuver you every time.

Hey, I know what you’re thinking: Yikes! I’m too smart for my own good! How do I become dumb and successful?

Well, I’m no Alfred Einstein, but I do have a couple of suggestions. First, recognize the problem. If excess brainpower is holding your business back in some way, round out your management team or hire salespeople with awesome people skills. Don’t make the mistake of trying to do it all … this is another typical weakness among the brainy.

Second, acquire a sense of humility, because you may not be as smart as you think. The one thing that trumps brains and brawn is a willingness to learn. Being “too smart for your own good” usually means that you’ve missed the most important piece of wisdom of all:

None of this means that brainpower isn’t useful; to be sure, there are highly successful companies built on little more than the strength of a brilliant idea. But more often than not, success is less a function of brilliance than it is a matter of persistence and will.

What do you think?

What is the brains-versus-brawn equation in your business and industry? Are you trying to outthink the competition … or outwork them?

Note: Our agency works with street-smart B2B clients in tough niches like corrugated carton packaging solutions. I myself came out of the packaging industry, where I got a real education about different kinds of intelligence.