A Candid Letter to Future Entrepreneurs

Written By: Berni Xiong | Comments Off on A Candid Letter to Future Entrepreneurs 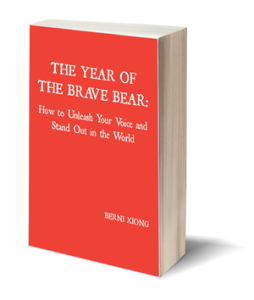 It happened while I was on a hiatus from the life I had built for 18 years in Milwaukee, Wisconsin. The year I temporarily moved away to write a book. The year I stopped making coaching a hobby.

It was the year I decided to stop being a scaredy-cat, go all-in as an entrepreneur and moved in with family in order to rebuild my life and career.

Half a year later when I returned to Milwaukee, she told me, “I’m just not that into you anymore.”

Okay, that’s not what she really said but that’s basically what I interpreted. I didn’t know how to turn off my business hat and I wasn’t transparent enough with my audience, she alluded.

My logic reacted with, It’s nobody’s damn business how much money is in my bank account!

But instead, I responded like any grown woman would: I thanked her for her honesty. I wished her well. And I let her go. Then, I bawled like a little school girl who got picked last for dodge ball at recess.

Being an entrepreneur is a lifestyle.

Having interviewed more than 100 entrepreneurs in the past 13 months, I’ve quickly learned that being an entrepreneur is not a hat you put on or take off. These entrepreneurs are passionate about their work. They’re devoted to their mission and contributing to a greater cause. It’s a lot of blood, sweat and tears.

But talking business is actually a turn-on for us.

As I reflected on the reasons why I was unfriended, perhaps she was right. I was too committed to being an entrepreneur and I wasn’t being 100% transparent.

Perhaps the public did have a right to know I surrendered my car to the bank in 2010 because I could no longer afford to sustain the luxurious lifestyle I created before I got laid off from my previous sales job.

Perhaps the public deserved an explanation from me as to why I chose to live in my parents’ basement for four months in 2011 while I attempted to author my first book and rebuild my financial cushion.

Perhaps the public should have been told that it broke my heart to see my son go into my ex-husband’s placement full-time while I was away on that hiatus.

But I didn’t get this transparent with my tribe because it’s nobody’s damn business. There are some things you reserve the right to keep private and you shouldn’t have to make any excuse for it.

Don’t be transparent. Be genuine.

I see and hear the “transparent” buzz word thrown around all over the Interwebs.

In fact, I’ve seen an influx of marketers who are publishing their income statements online. When asked by others why they divulge how much they make and where their income streams are coming from, their responses have been a resounding, “I want to be transparent with my audience.”

I’m not questioning their intention. But whether you’re an entrepreneur or not, it’s nobody’s business to know how much money you made last month or meticulous details of your personal life.

What makes my heart flutter is hearing stories about how ordinary people braved through to doing extraordinary things in the world. People like social entrepreneur Tyson Adams who built the world’s first philanthropic coffee roaster in Laos with the help of his Jhai tribe. Or, misfit-in-chief AJ Leon who spearheaded a 30-day crowd funding campaign with 30 Good Misfits to build a windmill in the Kenyan village of Gambella.

To me, being transparent is about purging your truth in the most genuine way you know how to. It’s about sharing your experience and wisdom with others in a way it can best serve them.

These entrepreneurs have built trust with their audiences. Not by disclosing income statements or oversharing their personal matters. But simply because they offered their tribes the opportunity to be a part of their social movements.

Rather than hogging the limelight for themselves, they have helped tribe members emerge as heroes. Tribe members like me who realized you don’t need to have a million dollars to help an entire village across the world from you get clean water and sanitary education.

Being transparent is not about you revealing it all. It’s about being genuine. It’s about rolling your sleeves up with the community you want to serve.

The entrepreneurial journey can be lonely. But we don’t have to journey alone. Entrepreneurs take action every single day in spite of fear. But we are not absent of fear.

You will lose friends (I know I have).

You will gain others along the way.

You will be judged.

You will get back up.

You will fall again.

And in the process, you will discover a lot about yourself. You will learn how to be brave even when your friends have given up on you. You will find ways to get creative during those months your bank account is dwindling.

The most successful entrepreneurs I have interviewed told me they failed more times than succeeded. But they would do it all over again in a heartbeat.

I may have lost a friend three years ago but I don’t regret it for a minute. Without that incident, I wouldn’t have this story to tell. And without this story or the experiences I’ve chronicled in my journal for the past two years, I wouldn’t be publishing “the book I’ve been meaning to write since 2011” but wasn’t ready to author until now.

Bravery is a practice. What fear are you willing to kick to the curb today?

Article written by Berni Xiong
Follow @BerniXiong
Berni Xiong is Chief Kicker of Shins at BerniXiong.com and Chief Shut Up'er of Making Shit Happen at TheShutUpShow.com. As a coach, strategy consultant, speaker, show host and writer, she helps Solopreneurs unleash their voice and dominate in their corner of the world.