Written By: Catherine Morgan | Comments Off on Celebrating 10 Years with Carol Roth 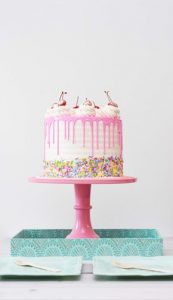 I am celebrating 10 years of working with Carol Roth and editing this blog this month (May 2021). How is that possible? Ten years is a really long time!

Carol joked that she hoped this wasn’t the wood anniversary because lumber prices were through the roof. (It’s actually tin – I looked it up.)

I think I’ll share how our relationship started, and some of the highlights along the way.

Carol had a BIG launch for her first book, The Entrepreneur Equation, 10 years ago. She was – literally – everywhere. When I tell you I couldn’t watch a video interview, listen to a podcast, or read a blog post without seeing her, or having someone reference her and her book, I am not exaggerating.

As a strategist and former Big 4 consultant, I kept thinking how can someone be everywhere?

Carol was scheduled to speak at an event I was going to, but there was a terrible storm, and the event was canceled. Instead, we did a conference call (remember those?), but the organizer lost power and dropped off during the interview.

Carol was so gracious throughout the crisis. She said if we tagged her on Twitter, she would follow us back. (And she actually did this.)

At one point, she reached out to me to have a short conversation about what I did professionally. It was the deepest 15-minute conversation I have ever had.

I was able to chat with Carol on Twitter regularly, and met her in person at an event with Barry Moltz, who I also had built a relationship with on social media.

Then, Carol and I were at a three-day event together and had some coffee to get to know each other better. She approached me about being the editor of her blog. I couldn’t say yes fast enough.

I am a good writer, but I was a new blogger, having only started my business a year prior. Carol and I got off to a rocky start because I wasn’t clear on what she wanted. She was patient and firm. She said it was inevitable that I would figure it out as we worked together.

I guess she was right…

Later, as I established my expertise in the small business space because of my work with this blog and in my business, I was able to step in when Carol was accidentally double-booked at the City of Chicago Small Business Expo. I’d never moderated a panel before, but Carol gave me tips, and I did so well they invited me back the following year.

I was also on Carol’s radio show on WGN when she had it. I LOVED being in the studio on Michigan Avenue. What a hoot!

The written interviews we did together on entrepreneur.com here and here STILL have people jumping on my calendar years later. Crazy.

And just like that, here we are 10 years later.

Carol has been unfailingly supportive of me and my business. I couldn’t ask for a better colleague or friend. Becoming the editor of this blog was one the best decisions I have ever made.