Cut Out So-So to Focus on the Good

Written By: Britt Raybould | Comments Off on Cut Out So-So to Focus on the Good 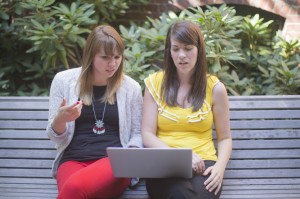 I’m really good at many things. I also recognize that I’m really bad at other things. But I get into trouble when it involves the things between those two categories.

I want to be really good at some of those things in the middle. But the reality is that I either don’t have the talent or the time to invest in getting really good at everything.

I’m probably odd, but I hate admitting to being so-so at something. Talking about the extremes — I’m really good or I’m really bad — just comes easier. The stuff that falls in the middle, however, is my Achilles heel as an entrepreneur.

Hanging out in the middle for too long hurts me professionally. Instead of focusing on what I’m really good at, I let myself get sucked into the possibility that I can turn something so-so into an amazing skill. The reality? It’s the equivalent of winning the skills lottery. It could happen, but without a full commitment from me, it’s a costly game to play.

I’ve thought about this dilemma for the last year, and part of that thinking led me to write about my business refresh. I’m a few months away from my eight-year business anniversary. It’s the longest I’ve ever worked at the same “job.” Not surprisingly, I’ve managed to collect a lot of so-so skills over those years.

As I reviewed the things I liked least about my business, the majority of them involved my so-so skills. Yes, I could do certain tasks — to a point. But it wasn’t making me happy because my performance failed to match my high expectations. Plus, my dabbling cut into the time I could be spending on the things I already do really well.

However, walking away from my so-so skills felt like I was choosing to fail. Given the natural competitiveness of most entrepreneurs, I doubt I’m alone.

We (including me) need to get over this psychological hurdle. We need to accept that we’re (gasp!) human.

It reminds me a bit of people who insist on reading a book to the end even though they don’t love it. I used to be this way until I remembered that there are many amazing books I have yet to read. A so-so book gets in the way of an amazing book. The same holds true in business.

We need to sort through the so-so stuff and identify what we’d like to become great at and kick the rest of the stuff to the curb. Again, because of time and talent, the keep pile won’t be huge. But by getting rid of the rest, we create room mentally, emotionally, and even physically to turn the so-so into the incredible.

I don’t believe we’re ever done learning or becoming amazing at something new. I do believe, however, that our unwillingness to get selective can stop us from accomplishing both things.

In fairness, I’ll start the ball rolling. I will no longer provide tech support to my clients, but I will direct them to amazing people who love providing that service. That will give me room to work on some much-delayed writing projects that excite me.

What will you give up?