Did “The Bobs” Ruin Consulting?

Written By: Catherine Morgan | Comments Off on Did “The Bobs” Ruin Consulting? 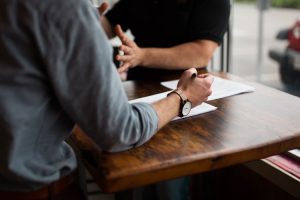 For those of you who haven’t seen the movie Office Space, you have missed a cult classic. I will confess that the first time I saw it, I didn’t really get it. However, when I watched it again, I became a raving fan.

The Bobs are two consultants who have been brought in to evaluate employees of the company and determine who should keep their job, and who should be laid off. They come to a decision on one slacker that is just crazy to us as viewers, seeming like very expensive idiots.

While I realize this is a comedy, The Bobs don’t represent the kind of consulting that I and my clients want to do. We want to bring experience, insight, and value to our clients.

However, we ignore the dark side of consulting’s image and a prospect’s unspoken fears at our own peril as we try to sell our services.

There is a major consultancy known for sending in a huge team of consultants and leaving clients with a giant binder of recommendations.

Frequently, this binder is banished to a bookshelf in an executive’s office and dusted occasionally, or is used as a doorstop.

Jokingly, as I and my team were cloistered in a conference room when I was working for a Big Four organization, my manager would pick up the printout of our deliverable and appear to be weighing it, seemingly deciding if it had achieved the right heft for what the client was paying us.

Being me, I would say, “We’re not being paid by the pound here.”

When pitching your services, consider the following:

The time and materials drain

We’ve all had things run way over budget. While not consulting, car repairs and home remodeling projects are some money pits you may have experienced.

Prospects get (understandably) nervous when a consultant says they don’t know how much a project will cost. Time and materials seems like it’s a good answer on both sides, but it often isn’t.

If you go the time and materials route, you may have to put a cap on the price, and actively manage against “scope creep” because clients may will ask for things you didn’t include in your initial proposal.

Also, try to build in some kind of a cushion because we all tend to underestimate the time something will take, and you don’t want to eat too many hours.

And, be sure to add in expected response times on the client’s side so you aren’t sitting around twiddling your thumbs waiting for something from them. This can quickly lead to bad feelings on both sides.

To keep everyone happy, you’ll want to establish milestones for longer projects that will coincide with some result or deliverable.

Milestones keep everyone moving in the same direction. As a consultant, you know what you need to create, and the prospect has a good idea of what they are going to get.

For longer projects, I recommend a few milestones that trigger payments so you don’t have major cash flow problems waiting for a big payment at the completion of the project.

Be the trusted advisor and a resource for your clients. Do your best work and give it everything you have. In this kind of business, referrals are the fastest way to build a profitable consulting business.

The Bobs put a spotlight on bad consultants, but you can be a shining example of a good one.