Written By: Carol Roth | Comments Off on DIY Gone Wrong: Why Help Isn’t a 4-Letter Word in Tech 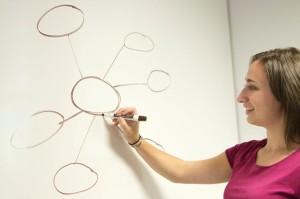 Technology has truly been democratized, allowing small businesses to access technology resources that were previously only available to large corporations at an effective price.  Companies like Microsoft* have been at the forefront of this movement, creating cloud-based solutions that are truly affordable to everyone, plus training partners nationwide to help small businesses with both technology implementation and maintenance, as well as short- and long-term problem solving.

Despite the resources and new technology available to SMBs, many have tried to take on their technology challenges themselves, often with perilous consequences.

Vladimir Gendelman, founder and CEO of Company Folders, Inc., is a savvy business man at the helm of a printer company specializing in presentation folders, with one of the largest selections of folder styles, paper choices, print methods and other options available in the market.  As many entrepreneurs are accustomed to doing, he decided to go it alone when it came to technology, figuring that he would have more control that way.  He also thought that he would save time in waiting for an appointment and of course, save money.  Why pay someone else for something that he could do himself?

Gendelman moved forward, setting up his network by himself, and attending to maintenance of that and his computers.  But what seemed like a great move initially to save time and money ended up costing more in the end.  As he recounts, “I set everything up and it all worked.  However, periodically—at least several times per week—our network service would go down or the Internet would get unbearably slow or our file server would become inaccessible.  Every time that happened, I was able to troubleshoot it and get it fixed.”

That being said, “The consequence that we suffered was that every time our network went down, our operations would stop until I resolved it and that would cost us a lot of money—approximately $1,200 per hour or $20 per minute.  If I was able to resolve the issue in 5 or 10 minutes, that meant that we still lost $100 or $200 per occurrence.”

Finally, Gendelman decided to bring on an outsourced technology partner.  They were able to send a technician out that same day who diagnosed their whole system and came back with a list of recommendations.  Gendelman agreed to everything he recommended and the whole implementation cost Company Folders around $2,000.  While that may seem like a big outlay for a small business, Gendelman realized that is was the equivalent of less than two hours’ worth of his own time and the lost costs from the system being down.

Gendelman recounts, “Our system hasn’t gone down since then, so spending that much money once prevented us from an ongoing loss of money.”

Carl Mazzanti, Founder and CEO of eMazzanti Technologies, a former Microsoft Partner of the Year that provides POS, infrastructure and data security services to retailers and other businesses, knows the story of SMBs looking to save money today losing more money over time all too well.

Mazzanti has seen the major effects of do-it-yourself technology gone wrong too many times, and often has to pick up the pieces.  Mazzanti recounts that while he has built eMazzanti Technologies through helping customers implement data security policy and technology, often the small business owner wants to try partial DIY.  Recently, a retailer client purchased hardware from eMazzanti Technologies, but chose to implement their own POS network and security with the idea that they could save money by doing it with an in-house team.

Mazzanti was then called to pick up the pieces of this DIY gone wrong.  “One year later, that client was notified by the credit card association that card information was being stolen.  They lost 40,000 cards to hackers, resulting in negative press in most of the major papers, lost revenue and additional expense. We were called in and installed commercial-grade firewalls and Verifone terminals, making them PCI compliant in six days.”  Clearly, the negative impact could have been avoided for money that they ultimately had to spend.

Greg Scott, CEO of Infrasupport Corporation, agrees.  He has seen many SMBs, including a retailer who lost two months of data and countless dollars because the entrepreneur was looking to save a few dollars upfront.  “IT fiascos are often part of a bigger problem,” Scott says.  And that’s true—too many SMBs look at expenditures as expenses when they should be investments, and often try to skimp, which usually ends up costing them exponentially.

As a small business owner, you are the best at what you do and wouldn’t want your clients or customers taking on your core competency.  Use the same judgement when evaluating your technology needs, implementation and maintenance.

*Disclosure- Intercap Merchant Partners and Carol Roth have a client relationship with Microsoft.