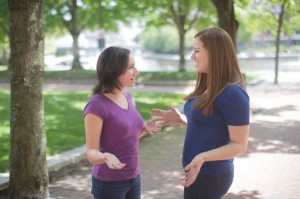 “You fly one million miles, and then you can board in group two.”

Waiting for my flight in Baltimore, I wasn’t paying a lot of attention to the people around me. But this sentence was loud enough that I looked up to see who was flaunting his boarding pass group number. The comment came from an older man who appeared to be talking to his son. The next sentence confirmed the relationship.

“Has your mother made it back yet?” I missed the rest of the exchange when the gate agent called our group to board, and we all swarmed like a pack of lemmings towards the door. Walking back to my seat, I could see this gentleman sitting a few rows from the front, not in first class, but definitely in the premium seats. There were no empty seats around him.

Eventually, the son walked down the aisle, followed by what appeared to be a daughter and two younger children. The woman, who I assumed to be this man’s wife, brought up the back of the group. They walked at least a dozen rows more before they reached their seats.

Now, I know that families often don’t get to sit together on flights, but this separation appeared intentional. This guy boarded before his family, and probably paid extra to secure his seat assignment. While he may have been traveling with his family, he was flying on his terms. I wondered what reason he’d give for this choice. Was there any reason that wouldn’t make him look like a jerk?

In more than one business, I’ve seen a similar situation play out between owners and their clients or customers. These owners may say they want your business, but only on their terms. Everything from odd store hours to complicated contracts make it clear: It’s not about the customer’s convenience or comfort. It’s about theirs.

One of the more recent examples that comes to mind is a plumbing company I read about on Facebook. The story was secondhand, so my apologies in advance if I get a few details wrong.

A couple in need of some plumbing work contacted a local company. This particular firm charged a hefty onsite fee, but they offered to apply that fee towards the work if the homeowner agreed to the estimate. After reviewing the problem, the plumber provided an estimate that the couple felt was too high. Prepared to eat the original fee, they were shocked when the plumber offered to forgive the fee if they agreed never to contact the company again for any future work.

At first, the couple were convinced they’d heard wrong. This company never wanted their work again? But the plumber produced the paperwork that said just that. The couple went ahead and signed.

Let’s be clear. This couple was prepared to pay the fee and find another plumber to provide a second estimate. This company’s response was to skip the fee with the requirement that this couple never call them again.

Like this guy flying with his family, this business only wanted to provide service on its terms. Requiring a significant fee for a house call makes sense. It prevents people from abusing the service. But telling someone who didn’t like your estimate, “Don’t call again,” makes your company look ridiculous.

Yes, I would always like my business to work exactly the way I want it to work, but that’s not how life works. Sometimes, we need to sit in the less desirable seats to serve our clients. Sometimes, we need to deal with the hassle of first meetings that don’t go anywhere. But our response shouldn’t be to hand out paperwork encouraging people to never call us again.