Do You Know What Game You’re Playing?

Written By: Catherine Morgan | Comments Off on Do You Know What Game You’re Playing? 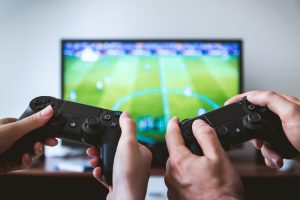 I can’t recommend “Brené with Simon Sinek on Developing an Infinite Mindset” episode of the Dare to Lead™ podcast enough. I’ve listened to it three times.

We’re all in the game of life, and while our lives are finite, life overall (hopefully) goes on after we move on.

In my work with small business owners and solo consultants, I will often ask questions around what game they want to play.

Most of my clients want to be thought leaders or change an industry.

Some want to help their clients do this.

Many of my clients are thinking of this work as their legacy work.

They are not thinking about retiring or stopping working because they genuinely like what they do.

Even as I was starting my business 10 years ago, I knew I was playing a longer game. This was the work I was born to do, and I would most likely be doing until I died.

I am playing an infinite game for sure.

What’s the difference between a finite game and an infinite game? Simon Sinek explains:

So Dr. James Carse—a philosopher, theologian, bless his soul, just died last year—in the mid-1980s theorized that these two types of games, finite games and infinite games. The finite game is defined as known players, fixed rules, and an agreed-upon objective: football, baseball. There’s always a beginning, middle, and end, and if there’s a winner, then there has to be a loser.

Then there are infinite games. Infinite games are defined as known and unknown players, which means new players can join whenever they want. The rules are changeable, which means you can play however you want, and the objective is to perpetuate the game, to stay in the game as long as possible. It turns out we’re players in infinite games every day of our lives. There’s no such thing as winning global politics.

How this shows up in my business is a constant investment in my personal growth. It’s adopting a learning, trying, failing, pivoting mindset.

It’s continuing to show up for myself and my clients even when things get really hard.

That’s a lot of time. You can make a lot of progress in 30 years.

(My grandmother sold real estate until her late 80s. She had all her marbles and could crush anyone in any card or board game until she passed at 94. No joke. Gram was a fierce competitor.)

What I am NOT doing in my business is making short-term decisions that might limit long-term growth.

What I am not doing is steamrolling over people.

Here’s an extreme example of what it looks like when you play a finite game. I literally stood up and cheered when Simon validated what I have always thought about Jack Welch and his management practices. Sinek says:

Yeah, yeah. And Jack Welch was a sign of the times. Our country has been on a steady drumbeat for a couple few decades now, of more and more and more finite-mindedness in our politics, in our business, in our education system. And we’ve overindexed. We’ve overindexed on rugged individualism. We’re overindexed on finite thinking, and now we’re picking up the pieces of it, quite frankly. And Jack Welch embodied what finite thinking looked like in business, and he was revered as a hero. I think he did—he and his cronies and his followers—did more damage to American business than probably anyone else. Because he pioneered a lot of this forced ranking. If you’re at the top 10% of the performers this year, you get promoted. If you’re at the bottom 10%, you get fired. He pioneered and really popularized shareholder supremacy, the use of mass layoffs on an annualized basis to balance the books. All of these things really came out of the ’80s, ’90s, and 2000s, and Jack Welch played a large role in all of that.

Playing an infinite game is way more fun and fulfilling. You can cheer everyone else’s successes as you are having your own successes.

It’s not a pizza. There are plenty of clients for all of us.

Business, at least my kind of business, is truly an infinite game.

Do you know what game you’re playing?