Don’t Get Hooked on the Silent Killer

Written By: George and Mary-Lynn | Comments Off on Don’t Get Hooked on the Silent Killer 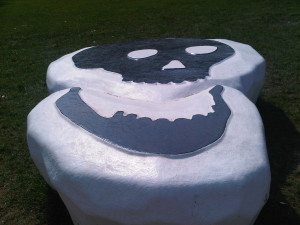 A person can become addicted to a number of things, from drugs and alcohol to sex and gambling. Any of them can destroy your life.

People will witness the damage being done, right before their eyes. If you’re lucky, they care for you enough to confront you in a tough love sort of way. As King David said in Proverbs, “Faithful are the wounds of a friend.”

As bad as these addictions can be, entrepreneurs face an even more destructive one. The reason why it’s so deadly is because no one sees it, including the entrepreneur it is affecting!

But if you’re that entrepreneur, it’s there. It’s in your head. It may lie dormant for a time. Then it rears its ugly head at just the wrong moment.

If left unchecked, it grows like a cancer inside you. Eventually, it consumes you.

It drives all your thoughts. It runs your life. And your business fails as a result.

Yet you’re not even aware of it. That’s why we call it the silent killer. So what is it?

Getting hooked on past mistakes.

There are two signs you’re hooked on this silent killer:

You avoid all risk
If you try, you will fail. It’s just the way it is. The only people who never fail are people who do nothing. (Ironically, they’re the biggest failures of all!)

As an entrepreneur, you turn nothing into something by doing things. In the process of doing them, you create value for yourself and others.

But you will fail at times. The failure doesn’t matter. Your response does.

Picture an entrepreneur who had a business that didn’t work out. When most people fail, they give up. That’s bad enough.

But many of them compound the error. They get hooked on the mistake. It drives their life from that point forward.

They avoid all risk. They delay decisions. They do nothing. So they get stuck in mediocrity. They will never try to own a business again because one didn’t work out. Their dreams die at the hand of the silent killer.

The good news is there is a cure. You just have to change how you think.

Many people think “I wish I had…” or “I wish I wouldn’t have…” when things don’t go as planned. Successful people know things never turn out as planned.

So they forget the mistake and remember the lesson. They think “Next time I will…”

Instead of regret and fear, bring the lessons learned from your experiences into your next decision. You’re stronger and wiser. You’re better prepared for the success you deserve!

You double down
Other entrepreneurs who are hooked on this silent killer do the exact opposite. They don’t freeze up as a result of their addiction to past mistakes.

Think of an entrepreneur running a business that hasn’t gained traction. They desperately try to “get their money back.” They’re scared to fail. They don’t want to be embarrassed.

These are normal human emotions. The problem shows up in the lengths they will go to try to “rescue” their investment of time and money.

They stop investing and start gambling and scrambling.

The funny thing is – in some cases, this turns out to be the best response. You’re not a failure until you give up. However, you may be better off focusing your resources on something else.

Once again, this behavior can be turned around. You just have to remove your emotions from the situation. Get help from people who have experienced failure, which is just about every entrepreneur you know!

It’s tough to know whether to push on or move on. Ultimately, the decision is yours. Let logic rule. And remember what Mark Cuban said, “You only need to succeed once!”