Even the Champions Suffer

Written By: Chris Eh Young | Comments Off on Even the Champions Suffer 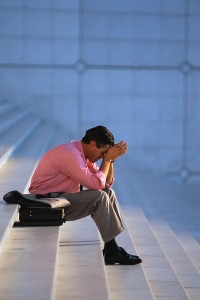 We all know that there will be failures along the way, no matter what the endeavor. What we don’t always realize is that one, two, or a consecutive string can add up. They can turn much worse than simple failures.

They can turn into depression.

Depression can kill your business. It can destroy your life. It can do irreparable damage, if we let it. Fighting it is not easy, especially when we fight it alone.

Many people affected by depression suffer alone, too afraid of social stigmas, too afraid to be told to, “Just suck it up” or “Get over it.” It’s not that easy. It’s not a simple fix. You don’t just get over it.

Sometimes, it’s our pride, our ego, and our own stubbornness that gets in the way. I had a great discussion on Twitter the other day with Mark Horvath (@HardlyNormal).

I think that most people don’t even think about it until it affects them directly. They lack education until someone they know suffers, or even themselves. In Canada, it’s reported that one in five people will suffer from depression at some point in their lives. Even past Olympian Clara Hughes has come forward to discuss her battle.

Read that again. Even Olympic champions suffer. It’s not just the people that are struggling to keep their business afloat. It’s not just the frustrated job-seeker that can’t land a job. It’s not just those trying to keep food on the table or a roof over their head. It’s the guy next door that looks like he’s got it all together. It’s the lady you work out with three times a week at the gym – the one that always has that big smile.

We’re so busy trying to protect our personas and our personal brands that we forget to protect ourselves. We fear social stigmas, so we succeed in public, and then we suffer in solitude. We’re told that strong people battle hard, be persistent, and never give up. So, we try to be that person. You know what? Strong people ask for help.

If you feel the signs of depression or you know someone who does, please help. The end goal is to end depression, but for now, let’s table the conversation. Let’s spread understanding. Let’s spread education. Let’s turn to our neighbor and offer our help. Let’s be more tolerant and accepting. Let’s stop the suffering.

For list of signs and symptoms, here is a great help guide.

Article written by Chris Eh Young
Chris Eh Young helps clients build customer relations that stand the test of time amidst turbulent economies, fierce competition, and limited finances. Chris’ insight paves the way for small business owners to establish a unique brand and develop a positive and lasting client rapport. Chris roadmaps the best strategies for owners to engage and turn consumers into referral-generating brand evangelists using social media and the power of being a connector and builder of community. A staunch supporter of the entrepreneurial spirit, Chris helps entrepreneurs avoid mistakes, shorten their learning curve, and tell their story, all while instilling the confidence that they can succeed.