You Exited Your Business – Now What?

Written By: Catherine Morgan | Comments Off on You Exited Your Business – Now What? 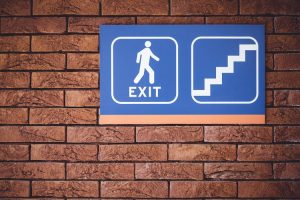 If an entrepreneur is hoping to have a profitable exit, they might have planned for that even as they were launching the business. Or, the business might have pivoted or hit a market opportunity that resulted in value.

Recently, I have had several entrepreneurs who, in my mind, have accomplished the incredible – grown a business that had assets that were valuable and sold those assets to someone else.

It might be one co-founder buying another one out, or it might be an outside organization buying the business.

Either way, something notable has been accomplished.

When evaluating what they should do next, entrepreneurs who don’t want to start a new business tend to primarily go in one of two directions – or at least the ones I have worked with do.

Some entrepreneurs roll out of their business and have zero interest in starting another business.

Often, they are tired of being on the hook for everything, and would like to be part of a smart, experienced management team. They envision fewer sleepless nights, cash flow problems being someone else’s headache, or whatever.

These successful professionals can get almost get giddy thinking about only being responsible for one or two functions of an organization, instead of the whole organization.

Entrepreneurs who have previously held corporate positions have some sense of what they might be going back to, and have an easier time telling the story of why they don’t want to start a new business. They can have a fairly easy career transition, once they learn how to tell their story.

Entrepreneurs who haven’t worked in corporate might think they would like to get a corporate job, but my experience is that as soon as they get into the interview process, they realize corporate is its own animal and start consulting – or helping a friend launch a business.

Some entrepreneurs just love the challenge of a good launch.

Ways to plug in

Generally, I find that when entrepreneurs exit their business, they tend to pursue one of two options. The first is business development / vendor relationships / partnerships. These are the people who love the chase. They get energized by diving into the strategies for growth and go-to-market plan.

The other group includes professionals who liked running the business. They liked having their fingers in operations, finance, recruiting, project management, or whatever. These are the people who like keeping the wheels on the bus and making the trains run on time.

It’s important for a former entrepreneur to be brutally honest with themselves about their best skills and their goals. They need to think about situations where they were successful. They need to get clear on what is right for them at this point in their life.

I find entrepreneurs who have had successful exits struggle a bit with acknowledging the achievement. Having a goal and then achieving it seems to leave them feeling a little out of sorts and fishing around for a new goal.

However, telling a good exit story in a clear and compelling way can make an entrepreneur’s job search much easier, and make them look like a great candidate.