Written By: Craig Robinson | Comments Off on Facebook Doesn’t Want Your Ads to Succeed 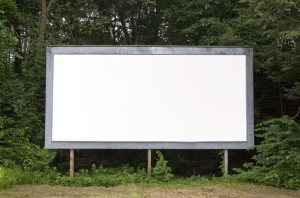 Facebook has to live up to its initial price tag.

If you run a small business and want to advertise on Facebook, you have to be aware of the fact that Facebook’s primary goal is to rake in as much ad revenue as possible. If your ad campaign works and you’re able to convert the traffic into clicks, clients, customers or signups, Facebook is fine with that, but your success has nothing to do with their goals.

Get Your Clicks and Get the Hell Out

Think about it for a second, what is the most profitable ad campaign from Facebook’s point of view?

Well, Facebook wants you to put up ads that quickly get as many clicks as possible. When that happens, your ad gets a high quality score in the algorithm and you are considered a good advertiser. When you’ve reached your limit on how much you’re willing to spend, Facebook can replace the spot with another advertiser – and so it carries on, day after day, week after week.

Your goal, on the other hand, is not to get as many clicks as fast as possible. Although many clicks are good and you really benefit from a high quality score, you want people to follow up on what you’re advertising for. Clicks are just one step in your conversion process. You want people to go through the entire conversion tunnel. Then, and only then, can you see return on investment.

But advertising on Facebook can be a great thing for any company. You are able to reach the exact demographics you want, and for a niche business, this might be the best advertising forum available.

You just have to keep it in the back of your head that Facebook and you don’t share the exact same goals.

1. Get the timing right: If your ads perform poorly on, say, weekends or before noon, you shouldn’t spend money on clicks during those hours. But Facebook doesn’t care what time it is. To advertise only on good hours, you have to go into the interface and stop your ads manually.

However, with an ads tool like Qwaya, you can set up your scheduling so that this is done automatically. Test your ads and only run them when they show a profit.

2. Avoid Facebook’s optimization: When you start a campaign with, say, ten ads, Facebook will test all of them and then carry on showing the ones receiving the most clicks. It’s good for their profit. But since you have to pay for the clicks, it’s much better when ads with high conversion are shown instead.

To avoid Facebook’s own optimization, only put one ad in the campaign and Facebook won’t be able to disregard it.

3. Stay updated on new advertising methods: In a bidding situation, it’s all about supply and demand. If there are a lot of people targeting the same demographics with the same ad type, the price will go up.

At first, people started looking into regular external-site marketplace ads and the competition got tougher and tougher. Now, people have moved on to sponsored stories and you have to pay more and more for highlighting an activity such as comments on the fan page, check-ins or likes.

What’s the next step? Early adopters will get a discount.

Have you tried running Facebook ads? How has it worked out for you? We’d love to hear about your successes (or failures) in the comments below.