Written By: Catherine Morgan | Comments Off on Failure Isn’t an Endpoint. It’s a Pivot Point. 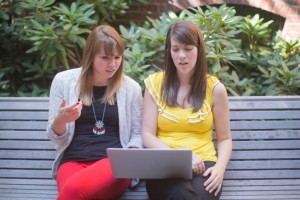 Carol is a guest judge for the season on the new TBS show, “America’s Greatest Makers” – and the show’s premiere is TONIGHT at 9:00 p.m. Eastern/Pacific.

Her recent post on entrepreneur.com is about what we can learn from the show. In “What Entrepreneurs Can Learn From the New TBS Show, ‘America’s Greatest Makers‘” Carol shares six key takeaways from the first season. She begins:

“I have the privilege of being a judge on Mark Burnett and Intel Corporation’s new technology reality competition show, America’s Greatest Makers, currently airing Tuesday nights at 9 p.m. EST/PST on TBS Network. As I spent time with these amazing makers — people who see problems and work relentlessly to make a solution for them — I saw some very valuable characteristics that every entrepreneur could learn from.

The best makers in the country live by this mantra. Failure doesn’t keep you from success — it just changes the path that you need to take. This is a critical mindset for entrepreneurs who encounter roadblocks in all aspect of business, from raising capital to marketing to even technology.

There are some great points in this post, and you can read the rest here.