Failure- it’s Not if, it’s How

Written By: Carol Roth | Comments Off on Failure- it’s Not if, it’s How

Why do we never learn how to fail? When we are mere children, we are taught a right way to do almost everything.  If we follow that path, we get a gold star or a smiley face.  If we don’t and we fail, we end up sitting in the corner with a dunce cap on. 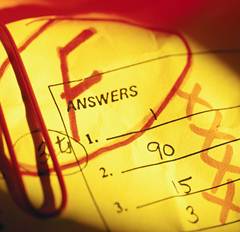 This mentality creates an aversion to taking risk.  However, risk is correlated to rewards and if we want a big reward, we have to be willing to take on risks, make mistakes and sometimes fail.

Instead of avoiding failure, you have to learn how to fail.  The process that I subscribe to, which in various parts is attributed to many entrepreneurs and thought leaders that have preceded me, is a three step process:

Failing Fast: Time is truly a commodity at a premium. If you spend too much time on a project, venture or business and then find out that it doesn’t work, the stakes and the opportunity costs are high.  If you are going to fail, endeavor to do so quickly; if it doesn’t work out, move quickly to tweak your efforts or abandon them for something else.

Failing Cheaply: If you spend your life’s saving on a project and put all of your eggs in one basket, you are creating very high stakes around its success. Instead, create a budget that you are willing to utilize to test out a project or a variety of projects.  That changes a financial catastrophe into a learning experience.

Never failing the same way twice: It’s entirely ok to fail.  In fact, it should be an expectation. However, it is not ok to fail the same way again and again.  Failure is part of the testing process when you take risk.  But, you have to be able to learn from the failures and do something different the next time.  If you do the same thing over and over and expect different results, that is the Einstein definition of insanity. I see far too many business owners that aren’t able to learn from their mistakes, which hampers their business growth (and sometimes breeds more failure). So, be sure to know your takeaways and grow as you take on risk.

What are your thoughts around embracing the notion of failure?  Share below.