A Question for Only the Most Successful People

Written By: George and Mary-Lynn | Comments Off on A Question for Only the Most Successful People 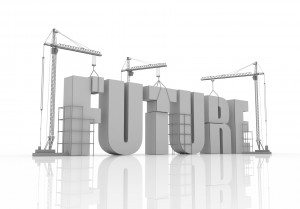 Here we are at the beginning of another year. Successful people are busy putting the pieces together to achieve their goals for this year.

But the most successful people don’t think the same way as people who are less successful.

They have a different horizon.

Time has many aspects. One of them is your horizon.

Most people don’t truly plan. They wish. They live in the moment. Of course, it’s important to do that…sometimes.

But the most successful people don’t just plan. They plan ahead. They think longer term.

They live in two dimensions simultaneously: They live presently in the future.

Let’s be clear. You don’t have to do what they do. In fact, if your business is shaky – if its very survival is in question – you shouldn’t do this. You need to focus on the here and now.

But if your business is stable, then it’s time to start thinking further ahead. Otherwise, you’ll get stuck right where you are.

So, how do you live presently in the future?

Any entrepreneurial business can be viewed as a series of projects. Starting a business is a project. It takes a project to build critical infrastructure for your business. A product launch is a project. So is much of the work many of us do for clients.

The most successful entrepreneurs complete projects successfully. Nothing too profound there, but vitally important – the outcome moves the business forward. Value is created.

So, what we’re suggesting is almost no different than what you do every day. Here’s the twist:

What would make a huge difference to your business?

Think of one monstrous project. It’s probably something that’s been in the back of your mind. If only you had the time or the money or the help to get it done, you would do it.

By living presently in the future, you can do it. You can get it done. So, pick your monstrous project. That’s the first step.

So, now you have a monstrous project in mind. But you also have a problem – it’s too monstrous. That’s why you haven’t done it already.

Great! Because you don’t have to do it. In fact, you shouldn’t do it. Instead:

Break your monstrous project down into a series of smaller projects. Projects the size you’re used to. Projects that you know you can handle.

Let’s say you need money to complete this project. You may create this series of projects for the early stages of your monstrous project:

Step 3: Put your plan into action

So, now you’ve mapped out the series of projects needed to get your monstrous project done. You’ve accomplished a lot, but the most important work is still ahead. It’s time to:

Put your plan into action.

What’s your “next now” project? You start with the first project in the series. Get it done. Now.

Sure, it may take a month, a quarter or even longer to complete. But make sure that you’re working on it regularly.

Be flexible. You may not work on it every day. Just be sure to work on it at least once a week or so.

Otherwise, it may get lost. You’ll lose momentum. You’ll get discouraged.

When you complete a project, congratulate yourself. Give yourself a treat. Take a little time to enjoy your success.

Then, get started immediately on your next “next now” project. Little project by little project, you’ll find yourself getting that monstrous project done.

You’ll position yourself to be among the most successful people. So, here’s the question for you:

What will you work on now for next year?