Written By: Catherine Morgan | Comments Off on Get Better Results from Networking – David J.P. Fisher and Catherine Johns 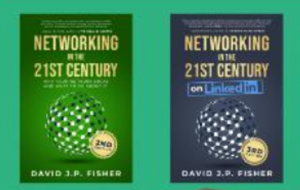 It’s so much fun to see two of your favorite people talking on video. It’s even better when they are talking about something most people struggle with (raising hand) – networking!

Love it or hate it, you’ll probably agree that networking is a critical skill for professional success.

You’ll probably also agree that you should try to improve your networking skills.

I am struggling to finish one book and this overachiever updated and published two! Showoff! (Just kidding, D.)