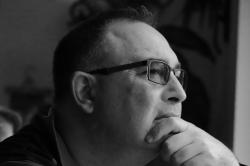 Written By: Ben Baker | Comments Off on Has Movember Lost Its Stiff Upper Lip 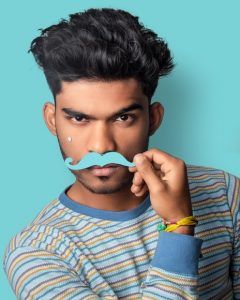 Ten years ago, it was commonplace on November 1st to stop wearing pink in support of the women in your life and put the razor away for a month. Movember was a thing. Everyone I knew participated, even the women. It was the rage on social media, parties were planned around it, and everyone talked about the good that was being done raising money for Prostate Cancer.

Ten years later, we all still wear pink in October, but I am barely hearing a whisper about Movember. I am on Zoom calls all day long and have yet to run across one man trying to churn out a mustache, nor has anyone even mentioned it. I have seen nothing on social media, not even one television commercial, and heard nothing on the radio.

So, I ask the question, has Movember lost its stiff upper lip?

Why is Breast Cancer awareness stronger than ever, with men and women alike raising hundreds of millions, if not billions, yearly, while Prostate Cancer, through the Movember movement, seems to be almost a non-event?

My thought, and hear me out on this one, has to do with the mustache itself.

A mustache is a hard thing to grow and grow well. It is scratchy and itchy, looks awful coming in and quite honestly, not very flattering even when it does.

On top of that, most men I talk to tell me that their significant others give them a hard time about growing one.

So, how do you keep a movement growing, when the rallying point of the movement itself causes friction?

Great movements continue to grow because they are embraced early, can be rallied around, and make people feel good just being part of them. This video is case in point. People are embraced for joining the movement and something as contentious as a mustache is bound to lead to problems.

But I am not here just to talk about mustaches and Movember, but rather how to rally people to your cause and get people to feel they are part of the solution.

To do this, there has to be a common cause that you are either fighting against, or a rallying point that you are driving people toward. A single purpose, that is definable, achievable, and success is measurable.

People need to understand how their individual actions matter, and how their efforts move everyone toward that goal.

Unlike the mustache, people need to feel proud to be part of what they are doing, and not feel embarrassed for taking part. They need to see other people as excited as they are, and people must be brought together regularly. We need to tell people how things are going, enable them to tell us their thoughts, communicate where they are in regards to achieving the goal, what is keeping the goal from being achieved, and what individuals can do to help put everyone back on track.

It is about sharing vision, leadership, and effectively communicating clear and definable goals.

What are you doing within your organization to rally people toward a single objective?

Does everyone within the organization understand what the objective is?

Can those same people articulate it themselves and rally others?

What are your plans for celebrations along the way, and how will you celebrate together when the goal is ultimately achieved?

If the answers to these questions elude you, we are here to help.

Connect with Ben HERE to develop and tell your story in ways that those you can influence will listen to, understand your value to them, and be compelled to engage.

Article written by Ben Baker
Follow @@yourbrandmrktng
Ben Baker is a communications strategist, the storyteller of your brand and the author of “Powerful Personal Brands.” He believes that every brand needs to stop acting like a commodity and instead be a brand worth loving. You can contact him at www.yourbrandmarketing.com.