Hitting Singles and Doubles vs. a Home Run

Written By: Carol Roth | Comments Off on Hitting Singles and Doubles vs. a Home Run 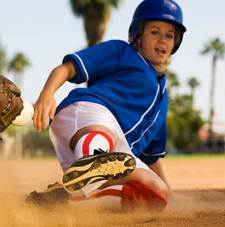 We all know that get-rich-quick business schemer- or perhaps it’s more of an incessant entrepreneur- frustrated that if they just had _________ (fill in your favorite excuse disguised as a resource, such as money, investors, a celebrity endorsement, a business partnership with Nike) that they would have been a multi-millionaire by now.

The challenge that I find with many of these folks is that they are always swinging for the fences so hard that they end up striking out.  And at the end of the season, they always end up having never scored a run.

While I am a strong proponent of thinking big, there’s big in a macro sense (what your end goal is) vs. big in a micro sense (making every milestone huge in an all-or-nothing kind of way).  Too many entrepreneurs focus on making every micro milestone big, instead of stringing together a bunch of small accomplishments to get to the big end goal.

This usually leads them to spend years trying to hit that home run with no results.  Three years later, they are in the same place, making excuses.  If they had just been willing to make small strides, in that same three year time period, they may have achieved that big goal—or at least have been well on their way to it.

Success takes time– much more than you think it will and that you think it should– and is made up of a series of small victories that build upon one another.  Keep your big goal in mind, stretch your milestones where you can, but realize that hitting a single or a double is valuable.  When you get on base, you have a chance to score a run and those runs add up over time to winning the game.