How to Be Better at Networking in 2019

Written By: Catherine Morgan | Comments Off on How to Be Better at Networking in 2019 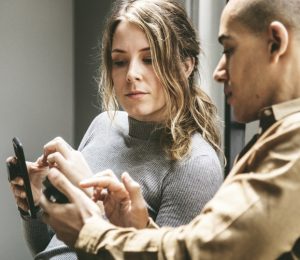 Most of my clients tell me they hate networking, suck at networking, or don’t have a great professional network.

All of these are clearly related.

If you hate networking, you won’t do it, so you won’t have a great professional network.

If you think you’re not good at networking, you won’t get the results you want.

David J.P. Fisher is someone I met at several networking events. He seemed at ease talking with people, and has a great network. In fact, he wrote a book on how to network better: Networking in the 21st Century: Why Your Network Sucks And What To Do About It.

Given that so many people I know want to be better at networking, I thought I should do an interview with David. We talked about tactics and strategies that work, and how you can get more comfortable networking. We even covered how to network effectively if you’re an introvert.

I hope you got some great takeaways from this interview.

And here’s a link to the pyramid blog post that David referenced: “I Built a Powerful Network with this Simple Networking Pyramid.”

You can learn more about David here www.DavidJPFisher.com