How to Turn Your Crappiest Employees Around

Written By: Rich Gallagher | Comments Off on How to Turn Your Crappiest Employees Around 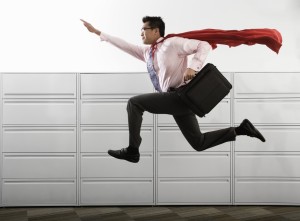 If your small business is successful enough to start growing, you can count on one guarantee: some day you will have to contend with having a crappy employee. Or two. Or five.

Of course, you can always fire crappy employees. And sometimes you should: if they lack the basic competencies of the job, don’t know how to stop screaming at people, or are stealing your toilet paper, fire away. But in many if not most cases, I can show you a much better way.

Before I describe it, though, first let me walk you through the math. Now that I am old enough to start getting senior discounts I have probably worked directly alongside, say, a couple thousand people throughout my career. Narrow this group down to problem employees and we are probably down to about 50. Finally, let’s look at the subset of these people who really, truly turned it around. Now we are down to four or five people.

For these people, not one of them turned it around because they were criticized, written up for disciplinary action, put on a performance improvement plan, or anything similar. Instead, someone – sometimes me – would utter a magic phrase to them that changed everything:

“I see potential in you.”

This magic phrase often took one of many forms. It might have been a performance review that acknowledged an employee was struggling, but focused on the idea that he or she was still truly awesome at one particular thing. Or a conversation that planted the seed that someone having trouble in another group might do well under my team’s system. Or a change in someone’s responsibilities that gave them a chance to shine at something different. Either way, radical positive change always started with believing in the other person and stroking their strengths – never criticism or correction.

I did not just make this approach up. There is good behavioral science behind it. Creating behavioral change by engaging people about their strengths is the core of strength-based or positive psychology, an approach that has swept through critical areas such as major league sports, psychotherapy, and social services in recent years. It is now also starting to make inroads in business: if you want a deeper dive, check out the StrengthsQuest initiative from the Gallup organization, or visit the research center for positive psychology (not at all the same as positive thinking) at the University of Pennsylvania.

Incidentally, this technique works for everyone, not just crappy employees. For example, decades ago I took over our software company’s newsletter, and decided to attend a writing workshop taught by a bestselling author. At the end of it, this author told me – a “C” student in writing in college – that I was actually pretty good at this and should consider doing more of it. Since then I have released nine books with major publishers, including two bestsellers, and have sold over a million dollars’ worth of books.

There are lots of interventions available when people are not performing up to their potential. But in my experience, the road from crappy employees to happy ones – without fail – is always paved with seeing their potential.