Idealism Versus Realism: A Leader’s Choice

Written By: Margie Clayman | Comments Off on Idealism Versus Realism: A Leader’s Choice 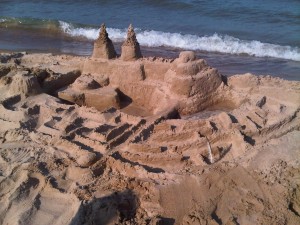 For those of you who don’t know me, I am a great fan of history. A particular favorite era of mine is the American Civil War. I find the whole era fascinating. It was the result of so many things that had come before and it resulted in so many things that came after. Indeed, we are still dealing with the legacy the Civil War left us here in the States.

One recurring story of the Civil War, from both sides, is the courageous, nearly hopeless assault. The Union tried several times to take positions that were impossible to take. They were crossing wide open fields as Confederates shot down at them from higher ground. Of course, Pickett’s Charge during the battle of Gettysburg was the most famous example of Confederates making a nearly hopeless charge against a well-armed opponent who had the higher ground. In all of these cases, the commanding officers could be accused of being idealistic. They thought that despite the seemingly obvious impossibility of what they wanted their men to do, there was still a chance success could be found. One might question, though, how realistic these commanders really were.

Awhile back, I was participating in #leadershipchat on Twitter, a chat run by Lisa Petrilli and Steve Woodruff. I got into a conversation about the pros and cons of a leader who is idealistic. A lot of people were proponents of the idealistic approach. “You want a leader who can lead you into challenging situations,” someone said.  “I would love to follow a leader who is an idealist because I would know they were feeling optimistic about the future,” another person said.

These people had a point, but something was rubbing me the wrong way and I think it is that sometimes, idealists can let their feet float off of the ground. They can lose their heads a little bit and can lose touch with what is actually going on in the present. Much like the commander who orders thousands of men to charge a line of cannons, these leaders can evolve in one’s vision from an idealist to an inept leader, a leader who is out of touch with what needs to be done and what can be done. A spoonful of realism, it seems to me, can be a good thing.

The Discouragement of Never Succeeding

Another facet of leadership that should be weighed here is that for an idealistic leader, the sky is the limit in terms of goals. If you ever reach that goal, you can most certainly experience a state of euphoria. However, the chances of reaching that goal are slim, just because the goals may not be entirely realistic. How does this weigh on the people you are leading if you are that idealistic leader? How did the Confederates feel after Pickett’s Charge failed? Their morale sank, right? They had not done what they had set out to do and in fact, had suffered great losses in their attempt to make the impossible possible.

What do you think of this idealism versus realism dichotomy? Do you believe that idealism should be tempered with a bit of realism or do you feel that idealism is best left unchecked and that it is a desired trait in a leader? I’d love to hear your thoughts!