Impatience is a Dangerous Substitute for Relentless Focus

Written By: Les McKeown | Comments Off on Impatience is a Dangerous Substitute for Relentless Focus 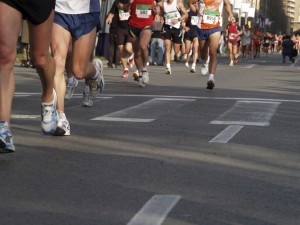 As I write this, two events – each remarkable in strikingly different ways – have hit the news.

First, Knight Capital Group (NYSE: KCG) more or less put itself out of business as an independent entity by running up a $400M loss in less than 30 minutes.

The cause? The company went live with an upgrade in its trading software without sufficient prior testing. The theory was that by installing the upgrade quickly, the company would gain an edge over other high-frequency trading companies who planned to install similar upgrades later in the year. Instead, the software ran amok and amazingly, no-one had built in a “kill switch” that could turn it off.

Secondly, NASA successfully landed Curiosity on the surface of Mars – a 98-week process that culminated in a nail-biting “7 minutes of hell,” during which over 70 individual complex maneuvers were executed in flawless sequence from over 120 million miles away.

This 14-year mission had a statistically close to zero chance of success, but instead, a 1-ton, nuclear powered rover settled perfectly on a barren, life-threatening terrain as if it had been placed there by a child’s hand.

The difference between these two events points out an ever-growing problem with the current state of business leadership. Fueled by a focus on short-term results and the image promoted by the press of the business leader as macho overachiever (and emboldened by an insta-everything zeitgeist), business leaders are increasingly turning to impatience as a tawdry, dangerous substitute for relentless focus. For examples of a long-term commitment to excellence, we increasingly have to look to other, non-business arenas such as space exploration or sports (the ennobling effect of stories of Olympic success being another intriguing example).

Although it’s been percolating for some time, a noticeable spike in this type of behavior occurred after last year’s publication of Walter Isaacson’s biography of Steve Jobs. That rare thing – a genuine business bestseller – Isaacson’s book portrayed Steve Jobs in true hero fashion, warts and all. Many business leaders, however, seem to think that simply growing their own warts will make them equally successful.

Conveniently ignoring the enormous time and energy Jobs invested in pursuing with relentless focus the development of Apple – an achievement equivalent to executing a successful NASA Mars landing once, sometimes twice, every year – many business leaders instead believe that they can emulate Jobs’ success simply by being egregiously unreasonable.

Impatience, tirades, bullying, manipulation and outright intimidation were all part of Jobs’ modus operandi – but so was a relentless focus on detail and a long-term commitment to unparalleled excellence at the expense of near-term shortcuts. Steve Jobs would no more have presided over a Knight Capital-like meltdown than he would have used a PC.

Trying to run a business with just the warts – impatience and manipulation being the most common – has become increasingly pervasive. This is true despite almost daily evidence that it simply does not work – Libor manipulation, anyone? And what’s more, it never has (Google “De Lorean” if you’d like a flash from the past).

If you have any doubts as to whether or not you’re trading on warts alone, try this: Shut up for two weeks. Take your hands off the tiller of your business – go away somewhere for a vacation, if you can. If you’ve instilled a long-term vision and a commitment to excellence in your business, your folks will be glad to see you return and the business will have done just fine without you. If you’re leading like a jerk, no-one will be happy to see you return and not much will have happened in your absence.

Don’t set yourself up for a Knight Capital-type meltdown. Impatience is a dangerous substitute for relentless focus.

So, what do you think? Are you concentrating on the very short term or looking to run a longer race? Please share your thoughts in the comments below.

Article written by Les McKeown
Follow @http://twitter.com/PointA_PointB
Les McKeown is the President & CEO of Predictable Success, a leading advisor on accelerated business growth. He has started over 40 companies in his own right, and was the founding partner of an incubation consulting company that advised on the creation and growth of hundreds more organizations worldwide. Les is the author of the WSJ and USA Today Best-seller, "Predictable Success: Getting Your Organization On the Growth Track - and Keeping It There" His latest book is "The Synergist: How to Lead Your Team to Predictable Success." Les can be contacted at: lesm@Predictablesuccess.com / (+1) 617 237 0235 and on Twitter @lesmckeown.