Written By: Catherine Morgan | Comments Off on Increase Team Output While Reducing Stress 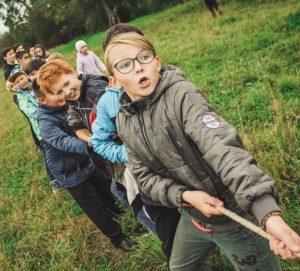 In “How to Get More Productivity from a Larger Team,” Carol’s recent post on the Nextiva blog, she discusses some ways you may need to adjust job functions, training, and technology as your business grows. Carol begins:

In small companies, everyone wears many hats. Now that you have a larger team (and departments with defined functions), you can embrace the saying, many hands make light work. Unfortunately, another saying, too many cooks spoil the broth, can also apply to your team.

As your company continues to grow, you have to adjust your organizational thinking to maintain a productive and engaged team. Here are 6 steps that can increase output while reducing stress.

Just because programming and technical support jobs both deal with computers does not mean that they are interchangeable. Many businesses attempt to put uncomfortable hats on their employees when they have insufficient staffing resources, but doing so does not lead to greater productivity.

Define employees’ jobs based on their skill sets and your needs, so that you can remove the multiple hat racks from their workspaces. Their work will be more efficient when they focus on a well-defined purpose. And, they will work together more synergistically to get the job done without stepping on each other’s toes.

2. Include meaning in every job.

A well-defined job does not automatically translate to repetitiveness and boredom. Most employees fare better if they get a little variety, or at least the chance to engage their minds on a regular basis and grow in their jobs.

For example, why engage a wordsmith solely as a proofreader when that person has the skills to really make your reports and proposals better by copyediting? From there, it’s only one more step to actually write those documents — probably better than most people on your team.

3. Strike the right balance between people and technology.

It’s one thing to do a job where technology has removed repetitive tasks and made jobs safer. It’s another thing to show up for work only to find a robot sitting at your desk. Frankly, we haven’t reached the second scenario (well, for most jobs, anyway) — and robots aren’t yet ready to replace professional service positions.