Written By: Shep Burr | Comments Off on Industry Experience Is Overrated 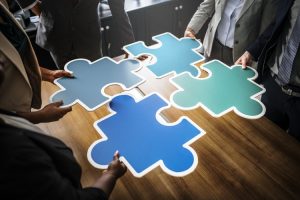 Employers could benefit by being less conventional when they hire knowledge workers.

That is the message of a Forbes.com article by Dorie Clark on recommendations from Liz Wiseman’s book Rookie Smarts: Why Learning Beats Knowing in the New Game of Work.

The article says Wiseman’s research shows best performers had a business background, but were new to certain industries or tasks. Wiseman says such people “bring in five times the amount of expertise to a problem” because they source information from others, instead of solely relying on personal experience.

As a result, Wiseman says, “They end up out-performing [industry] experienced people when it comes to knowledge work, innovation and speed of deliverables. Those are the areas where they tend to do amazing things. They operate in these hungry, scrappy ways.”

If this is true, why isn’t there more industry-hopping on resumes?

A dearth of courage and imagination probably bears the blame.

A top executive recruiter in Washington, D.C. told me recently that his firm rarely presents candidates from a different industry in a search.

He said clearly superior candidates from a different industry are termed “Best Athletes.” However, he asserted that executive recruiters and employers almost always shun Best Athletes, fearful of being blamed if they don’t work out.

In my strategy consulting work, I have found that not being indoctrinated in a particular industry is advantageous to clients.

Starting from the beginning, without pre-conceived notions, allows me to be objective and creative in ways that an industry expert, steeped in long-accepted bromides, realistically could not.

Just as Wiseman references, I am helped by not deciding the answers before an assignment begins, instead speaking with a broad range of people and performing extensive research to arrive at the best recommendations.

A recent client was determined to enter a new business and asked me to confirm his plan. The business he was envisioning would offer a long list of services, defined by bigger competitors many years prior. My client was poised to follow their path.

Not being from that industry allowed me to come up with a far-different, unconventional conclusion: pursue only one of the 15 services assumed necessary, one where the company could make a valid claim of superiority.

By narrowing their focus, this company could now present a simple, differentiated story around one specialized, critical service, which was less expensive to manage, and could fend off more-established competitors.

I might not have come to this conclusion if I had been a so-called industry expert.

Taking the road less traveled by hiring seasoned thought workers (and consultants!) from other industries could lead to innovation, and improved sales and profits for many companies.