Written By: Britt Raybould | Comments Off on Innovation and Managing Client Expectations During Change 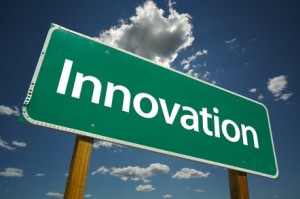 We all have things we like a certain way. Part of running a successful business depends on meeting that expectation. For instance, I know from experience that if I walk into a Five Guys restaurant in North Dakota, it matches my experience at my local Five Guys in Idaho. As consumers, we count on businesses to make certain things predictable. But what happens when a business dumps certainty for innovation, or at least what they think qualifies as innovation?

Two weeks ago, I learned that my favorite running shoe was no more. If you’re a runner you know why this is a big deal, and if you’re not, just ask a runner why. After running in this particular model for 12 years, my Mizuno Wave Alchemy was being pushed aside for a new design, an upstart with pretensions of replacing not one, but two shoe models.

I tried out the new shoe, but hated how it felt, which meant I had to start from scratch to find an alternative. My local running store was incredibly helpful, and during the fitting process, the guy helping me mentioned that Mizuno had done something similar with a few models. It turns out that over the years, Mizuno had expanded its available models to the point of diminishing returns.

While they were irritating plenty of people in the short term, their goal was to make the overall business more manageable and, I’m assuming, profitable. It got me thinking about a harsh reality for anyone building or leading a business. At some point, you may not be able to deliver certainty or meet expectations because things need to change if you want to survive.

As a runner, I loathe this necessity. As a business owner, I respect this reality. However, I think there are some basics to help ease change that often get overlooked.

As I did my shoe research, everything I came across from the company spoke to the great innovation of the new model.  Just once, I wish I would have read something like, “We know how much runners liked their Wave Alchemys. We’ve tried to take all the positives from that model, but realize it may not work for everyone.” Acknowledge that the change may suck for some even as you promote why you think it will benefit the majority.

2. Don’t change for the sake of change.

While most people can be brought around for real and/or needed change, if they feel like it’s change because you have some sort of seven-year itch, you’ll pay a high price. Case in point, Mizuno had already sort of lost me because of this very thing. Starting three years ago, they did something to the design of the foot bed I didn’t like, but it wasn’t yet irritating enough to move me to change. Ultimately though, it felt like a just-because change so they could slap a “new” or “updated” tag on the shoe model, and it had an impact on my perception of the overall company.

3. Don’t spring a change without forewarning.

I’ll admit, even though I wasn’t as in love with my shoes, if I’d had a little more warning about the change, I probably would have bought multiple pairs to tide me over for a year or two.  We humans do funny things to avoid change. For Mizuno, that hoarding would have meant missing a potential sale of the new model. I suspect this possibility concerns most businesses considering change.

The thinking goes that if they give people too much notice they’ll hoard what they like or flee to the competition. I say have more faith in your people, particularly if you’re being really clear about why the change is needed and how you plan to make the transition as smooth as possible. You can maintain support and earn respect when you don’t adopt a surprise strategy around your change.

After an hour spent at my running store, I finally found a new model that works for my running style. It’s from a completely different shoe company, and for some insane reason, they made this model neon blue. With my luck, it will only be available in green next year, but that’s the reality we face both as consumers and business owners.

Change is inevitable, but how we approach and talk about change can be the difference between disrupting everything you’ve built or moving your business to where it belongs.

How have you made change work in your business? What worked and what could have been improved. I would love to hear your stories in the comments below.