Is Perfectionism Your Fatal Flaw?

Written By: Brad Shorr | Comments Off on Is Perfectionism Your Fatal Flaw? 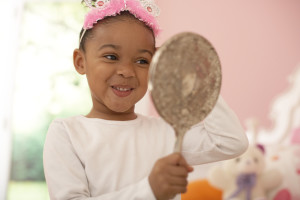 This small-business management post sings the praises of making mistakes, duplicating efforts, rushing to judgment, going off half-cocked, and all other forms of organizational disorganization.

Why would I do such a thing? Because too many promising businesses fail by going to the other extreme, by being more concerned about doing something right than about doing something; by spending so much time getting all the ducks in a row that hunting season ends before they fire a shot.

Having spent upward of three decades in the business world, I’ve come to the glorious conclusion that business is no more rational or systematic than any other human endeavor. Companies routinely succeed using strategies with more holes in them than Swiss cheese, and fail miserably using strategies with the intellectual elegance of an Aristotelian discourse.

I admit I’m overstating this for effect; I’m not advocating bad planning over good planning or saying the former is as good as the latter.

While a company is doing nothing, a competitor is doing something. There is no neutral gear in business: You are either gaining ground on a competitor or losing it. If your competitor comes to market with an atrociously bad plan, you still have to respond to it to thwart it.

I’d rather have my competitor reacting to me.

Big businesses fall prey to analysis paralysis because they have big bureaucracies. Small businesses fall prey because they don’t. It’s natural for entrepreneurs to be cautious. There is no safety net in the event of failure, and there is nobody else to blame. There is also a personal factor: an entrepreneur may not want to put his or her pride and self-confidence on the line when the outcome is in doubt.

Sometimes, entrepreneurs read a sense of finality into decisions that simply isn’t there. Few business blunders are so massive they are impossible to recover from. Rather than practice perfectionism, entrepreneurs are far better served by cultivating the ability to make mid-course corrections.

I feel very lucky to work for an organization that’s willing to take risks, change on a dime, and hold people accountable without punishing them – simply for trying something that didn’t work. It is a formula that works.

I hope I’ve convinced you that actions speak louder than audits. Now, get off the bench and go out there and screw something up!