Written By: Dr. Marlene Caroselli | Comments Off on Know Your Turning Point(s) 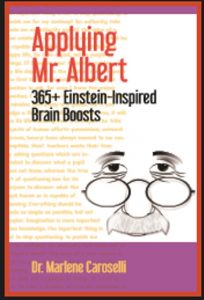 An entrepreneur is one who literally “takes between,” as the French would say.

What are the two things between which he takes? And, what kind of “taking” characterizes an entrepreneur? Interpretations vary, but you might simply say the entrepreneur “takes advantage of the moment.” Or, “takes stock” of her situation.

Or, going to our Roman forefathers, the entrepreneur carpe diem, or “seizes the day.”

One last linguistic thrust—related to the characteristic the small business owner possesses—the word entrepreneur may also be derived from the Sanskrit word antha prerna, which means self-motivation.

And so, we have the small business owner acting in opportune moments, motivating himself to new realities. The realities reflect the ancient Scottish proverb that notes “whoso would be a leader must also be a bridge.”

Too, whoso would be a small business person must also be a bridge between the comfort of the present and the risk of the future; between known security and unknown outcomes; between dependence and independence; between listening to authority and being the authority.

Know When to Cross That Bridge

How do you know when it’s time to change your circumstances and venture into a small business of your own?

For one man, that turning point occurred when he was part of a traditional corporate culture. The setting: a typical staff meeting. The year: 1982. The turning point: The boss had asked if anyone had suggestions for a problem the company was facing. Jeff Salzman raised his hand and offered his idea. The boss’s reply: “Jeff, that‘s the dumbest thing I’ve ever heard.”

That’s when Salzman knew it was time to take his drive, his talent, and his entrepreneurial spirit and start his own small business. He found a partner, borrowed money from his mother, and CareerTrak was born. Thirteen years later, the company was sold for 13 million dollars!

Everyone’s turning point is different. And, there are both major turning points and minor ones, as well. But, remember what Peter Drucker, father of Modern Management Science, had to say about those who forge new paths, as entrepreneurs invariably do: “Leaders know how to ask questions…the right questions.”

Know Which Questions to Ask

Know If You’ve Stayed Too Long in a Safe Harbor

To be sure, especially in these days of fear and instability, security is an important consideration. But once we have found a new normal, small business will make a comeback. We’ve already started to see how Zoom, for example, is expanding its customer base in the worst of times.

More entrepreneurial endeavors will help create that new normal. Our leaders are telling us to expect the best, but prepare for the worst. Your self-motivation represents the bridge between these two antithetical outcomes.

Make your first step on that bridge by thinking along optimistic lines, while having a safety net beneath you.

And if you need assurance, be heartened by the words of Mark Twain: “Twenty years from now, you will be more disappointed by the things that you didn’t do than by the ones you did do. So throw off the bowlines. Sail away from the safe harbor. Catch the trade winds in your sails. Explore. Dream. Discover.”

Article written by Dr. Marlene Caroselli
Dr. Marlene Caroselli writes extensively about business and education topics. She has adjuncted at UCLA and National University. Her first book, The Language of Leadership, was named a main selection by the Executive Book Club. Principled Persuasion, a more recent title, was designated a Director's Choice by the Doubleday Book Club. Applying Mr. Albert: 365+ Einstein-Inspired Brain Boosts, her 62nd book, will be released by HRD Press in 2020.