Leadership Should Be More Carrot than Stick

Written By: Catherine Morgan | Comments Off on Leadership Should Be More Carrot than Stick 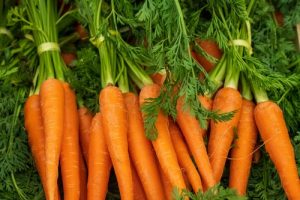 I am at a loss for words, and that doesn’t happen to me very often. This morning, I met with my job search coaching group and a female executive asked a question about working with extremely difficult people, specifically the leader of her organization. This person is a narcissist who consistently berates and belittles his staff to their face and in front of outsiders.

If you just cringed, that is the right response.

The executive’s question was how could she avoid walking into a similar situation in her next role? She is currently actively interviewing, not surprisingly. She also wondered if learning to work with this type of destructive force in an organization was something she needed to specifically get better at doing.

I had some thoughts, but I asked the group what they thought. Everyone chimed in with similar situations and experiences. There are bad apples in most organizations, apparently. The general guidance was to try to gauge how much interaction you would have with this person, and if so, were there buffers, like a good manager who would have your back, in between you and that person.

That sounded reasonable to me. But how would you possibly know who the difficult personality was during the interview process? The problem with narcissists is they know exactly how to flatter and manipulate, which is how they got their power in the first place.

I suggested she watch the body language of people and see if there was an energy shift when someone entered the conversation. If there was lively conversation and then everyone stopped talking or snapped to attention that could be sign.

Obviously, she also could listen for verbal cues about how people described that person.

One participant gave an example that she worked for someone who was a difficult personality, but they were just very direct and not manipulative or political. She was fine working with them and appreciated their honesty, but others did not. So, this can be an individual personality thing as well.

My takeaways from the group were that yes there will likely be difficult people in your work situation, and you can get better at spotting them. You also can work well with some of them in some cases, or hopefully have limited interaction or a buffer between you and them if you need to.

And then there was this message in my inbox this morning from a former client who has been in her position for just a short time:

“Last week my supervisor told me I was being too nice to “the staff.” She also stated that she doesn’t believe in complimenting “the staff” because she believes it makes them become complacent instead of trying to work harder. Finally she told me I’m making her look like the “bad cop” because I’m too nice to “the staff.” I’m completely at a loss for words. I don’t think this is going to be a successful place for me long term.”

We are going to talk through her options and whether this situation might be fixable – or not. I can see some ways it might be, or she may need to look for a new job.

I can’t believe what I am hearing from clients at all types of organizations. So, as I am sick to death of hearing about the importance of good leadership and needing to train leaders and managers on how to lead well, it is becoming more and more clear that we need to do exactly that.

We have a long, long way to go.