Written By: Catherine Morgan | Comments Off on Measuring Creditworthiness Needs to Change 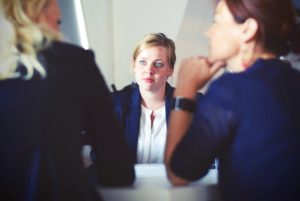 Carol takes credit scoring agencies to task in a recent post on the CNBC blog. Many of us were shaken up by the Equifax data breach and the subsequent fallout. In “The whole credit score model is ‘ridiculous’” Carol pulls no punches. She begins:

“Certainly, with the recent breach of their data and executives jumping ship, to say Equifax isn’t popular might be the understatement of the century. In fact, when asked for comment on the company, Andy Swan, founder of LikeFolio, a technology company that uses social data about consumers to produce investing insights, told me that Equifax is one of the most hated companies in the LikeFolio universe, posting worse consumer happiness scores than United Airlines after their recent incident involving a man being dragged from a plane.

However, apart from the direct impact of having sensitive personal data exposed—data that wasn’t even given to the company by the consumers—consumers have another beef with Equifax and its counterparts and that is its shoddy business methodology and model.

Credit scores lie at the center of Equifax’s model, both directly by providing them to would-be lenders and indirectly by allowing consumers to monitor those scores. However, these scores don’t make a lot of financial sense in many regards. Based on their convoluted calculations, a very wealthy individual that doesn’t use credit often could have a lower credit rating than someone who has few assets but lots of credit with low utilization.”

You will definitely want to check out the rest of the article here.