Only the Lonely (Entrepreneurs)

Written By: Catherine Morgan | Comments Off on Only the Lonely (Entrepreneurs) 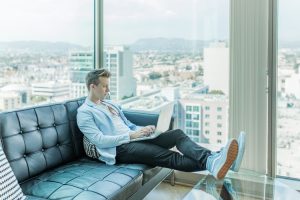 I shut down my last business and went back to corporate primarily because I was lonely. Between 2002 and 2006 I didn’t know many other entrepreneurs.

My friends and former colleagues in corporate didn’t understand my joys and challenges of running my own business, and they certainly didn’t know how to advise or support me.

While it may have seemed like I was living the dream doing great projects at large organizations as a contract employee or individual consultant, my life felt like a grind. I felt completely isolated.

The term “lonelypreneur” describes a lot of solo entrepreneurs, if they are honest with themselves.

What you may not know is there is currently an epidemic of loneliness in the general population, not just the entrepreneur community. Britain’s Prime Minister Theresa May appointed the world’s first Minister for Loneliness. This article from The Economist is a sobering read, “Open Future: Loneliness is not just a problem for the elderly.”

Here in the United States things aren’t any better. “Nearly half of Americans report feeling alone,” is the title of an article published on MarketWatch last year. There are some interesting studies cited in it.

In case you don’t know, isolation and disconnection are highly correlated with depression.

And this article titled “A study of 300,000 people found living a longer, happier life isn’t just about diet, exercise, or genetics” was fascinating. Here’s an excerpt:

“… a clinical review of nearly 150 studies found that people with strong social ties had a 50 percent better chance of survival, regardless of age, sex, health status, and cause of death, than those with weaker ties. (The conclusion was based on information about more than 300,000 individuals who were followed for an average of 7.5 years.)

In fact, according to the researchers, the health risk of having few friends was similar to smoking 15 cigarettes a day, and more dangerous than being obese or not exercising in terms of decreasing your lifespan.”

Solo but not alone was a rallying cry for me as I launched my current company in 2010. For this blog I wrote “Solo Business Owner? It Still Takes a Village” and included several ways solo entrepreneurs could engage with and support other entrepreneurs.

Whether it’s joining your local chamber, forming a mastermind, or engaging in an online community, I can’t stress strongly enough the importance of surrounding yourself with other entrepreneurs who are trying to grow businesses.

When your friends and family members look at you with blank stares, these people will be there to give you a high five, pep talk, hug, or nudge forward.