Opting Out: Sometimes It’s Good for Everyone

Written By: Britt Raybould | Comments Off on Opting Out: Sometimes It’s Good for Everyone 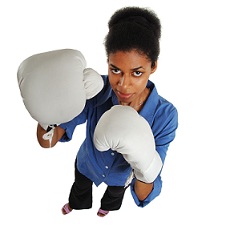 In the span of about six weeks, I read two, similar emails. The first email was more a complaint. “I really like your other newsletter, but is it possible to not get any more emails like this one?” She was replying to a client’s weekly email that offered subscribers the chance to buy some of his work.

Now, this guy sends four emails a month. He makes it clear at sign up that subscribers will get both his newsletter and offers. But, of those four emails, only one each month is “sales-y.” The other three are full of free content that he believes the community will value.

Then last week, another subscriber replied to the most recent offer with fighting words. “I really like your content,” he wrote, “but this is just a scam.” I can only assume he called it a scam because what my client offered cost money.

In both instances, it was super tempting to send a blunt reply. But even though the final responses were much more measured, I kept coming back to this idea:

Should we always tell customers they’re “right” or do we need to invite a few of them to leave?

Don’t get me wrong. If a customer has a genuine complaint (e.g., I didn’t receive my order), we need to bend over backwards to fix the issue. But what about the people who don’t like what we’re doing for subjective reasons? Do we keep nudging them along, hoping they’ll come around? Or are we better off showing them the door?

The final reply to both subscribers may sound familiar. It was something along the lines of, “I’m sorry to hear that you feel this way, but I’m happy to unsubscribe you if you want.”

Perhaps I’m slow figuring this out, but I’m seeing fewer reasons to babysit complainers when I could be doing more to thrill fans.

Look, I understand all the business reasons for keeping an existing lead or client versus the cost of trying to get a new one. At some point though, there’s a diminishing return.

We need to get better at saying goodbye to people who aren’t a good fit for the community we’ve built. And we need to dedicate ourselves to serving the people who want to be there for everything.

I did hear back from complainer number one, and she surprised me. She decided that, for now anyway, the other three weeks of emails trumped the one week she didn’t like. But she wrote that if she ever unsubscribes, “You’ll know why.” She’s right. I will know, and I won’t feel that bad about it.

Scam guy hasn’t replied yet, and I’m not sure he ever will. I think it’s hard to have a conversation when you’ve accused someone of scamming people because he said, “Hey, I have this thing you can buy.”

I understand the temptation to always reply, “You’re right,” when we get a complaint. But before we hit the send button, we need to stop and weigh if we’re solving a problem or just extending one.