Possible is Different than Probable

Written By: Carol Roth | Comments Off on Possible is Different than Probable 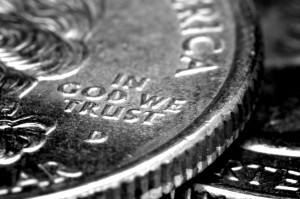 I was speaking on a panel a few weeks back when I shared some of the downsides of crowdfunding during a capital raising question. Crowdfunding is often touted as the “second coming” of capital raising. However, the challenge of a crowdfunding model is the same challenge that entrepreneurs always face – they still need to market it to investors and acquaintances. Very rarely can you just put together a project and expect investors, supporters and/or backers to come find you. You still need to do the work.

Anyway, I was reprimanded by an audience member who said he knew of a company that was successful with crowdfunding (I will also note this same audience member said that many angel investors invest looking for a “tax write-off”…). I explained to him that while some are successful, those who are usually are putting forth effort. Is there sometimes an outlier too? Of course. But possible and probable are not the same thing.

As I noted in The Entrepreneur Equation, “There are people who win the Powerball multi-state lottery from time to time and take home over a $100 million dollars. The chances of that are really slim and it sure isn’t a good investment strategy to put all of your money into the Powerball lottery, but it is possible to win big and some lucky one-in-a-few-dozen-million bastard will do it…

But just because something can happen, doesn’t mean that it is likely to or that the odds make sense, or that the risk justifies the reward. You could marry a supermodel or become a ruler of an island nation but you probably wouldn’t want to bet your savings and your salary on it.”

So, when evaluating opportunities and strategies, remember that the devil is in the details. As I further noted, “They may not be telling you the whole story and just because you hear some statistics, that doesn’t imply anything about the overall success of the business or the financial rewards of its owners. GM and Chrysler were multi-billion dollar businesses. If you heard about a multi-billion dollar company, you would think it was successful. In 2009, both of those companies went bankrupt. One data point doesn’t always relate to the others.”

Just about anything is possible, but you don’t want to plan your business around that notion. If it happens, embrace it, but plan for probabilities if you want to ensure your success.