Ramifications of Regulating the Gig Economy

Written By: Catherine Morgan | Comments Off on Ramifications of Regulating the Gig Economy 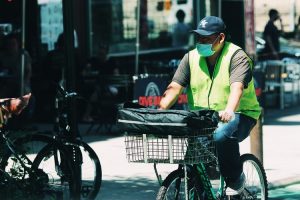 Wayne Winegarden, Sr. Fellow in Business and Economics and Director of the Center for Medical Economics and Innovation at the Pacific Research Institute, re-joins Carol Roth on Episode 85 of The Roth Effect podcast, “Saving the Gig Economy from Politicians,” to discuss his new study on the gig economy, “The Small Business Gig.”

Wayne and Carol discuss how enacting harmful laws like California’s AB5 or the PRO Act (which recently passed the House) hinders innovation and restricts people’s ability to become entrepreneurs and provide for their families.

Wayne and Carol also discuss the issues around the minimum wage, the Federal Reserve and other government intervention into free markets and why the federal stimulus package is a misnomer.

Plus, a “Now You Know” on outer space and ice cream.

Check out Wayne’s study “The Small Business Gig” or connect with him on Twitter @WayneWinegarden.

Listen to the episode here, or wherever you listen to podcasts.