Real and Valuable Relationships Are Not Transactional

Written By: Catherine Morgan | Comments Off on Real and Valuable Relationships Are Not Transactional 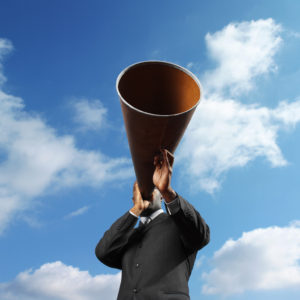 “What Happened When This Customer Relationship Management CEO Couldn’t Remember the People In His Own Network” is the title of Carol’s recent post on entrepreneur.com – and it’s a good one! There are some epic technology automation fails in this post that we all can learn from. Carol begins:

Several years back, a friend introduced me to a gentleman who was an “expert” in customer relationship management (CRM). This man had built a successful business in the space and exited that company, and he’d recently become the CEO of a new software startup with a focus on small-business CRM.

We had an introductory call where we talked about how we could be helpful to each other and pledged to keep an eye out for such opportunities. He asked if I could make an introduction to another one of my contacts. I obliged.

Over the next couple years, I kept track of this man and his CRM company on Twitter and through other venues. Then, as I geared up to speak about small business at a tech industry conference, I received an email saying that he was attending the conference and wanted to connect.

I assumed he connected the dots that we would both be there and that it was an opportunity to further our relationship. However, when I opened the email, inside was a form letter, written as if he didn’t know me and wanted to set up an appointment to get introduced. I thought someone who owned a CRM company would do a better job managing relationships, but I let it slide and just deleted the email.

A couple of months later, I received a LinkedIn request from him. As we were connected elsewhere, I didn’t give the connection request much thought. That was, until I opened the request and read his note:

You can (and should) read the rest of the post here.