Social Media Platforms Are Great Until…

Written By: Catherine Morgan | Comments Off on Social Media Platforms Are Great Until… 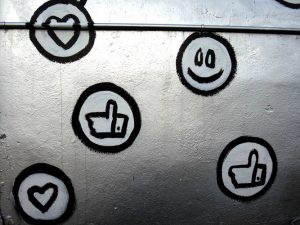 Sometimes when I am thinking through strategies for my business, I go back and look at the blog archives for Carol’s guidance around the issue I am working on. Carol’s post below is from the early days of the blog, but couldn’t be more relevant.

Social media presence for small business is often seen as necessary and crucial. I certainly have benefited from it, but it’s important to remember that you don’t own those platforms, and if a platform decides to pivot (anyone remember Blab?) or goes out of business, you will lose access to all of those fans and followers you’ve worked so hard to get if you haven’t also engaged them elsewhere, like via your email list or newsletter.

I have been super lazy about this recently. And, as I am trying to build a community around The Depression Discussions™, I will admit the bulk of my effort has been spent growing my following on Facebook, and not on its website or via an email list. My bad.

Below is Carol’s cautionary tale, and it’s as important today as it was then.

Let me tell you a story of one of my clients, an independent rock band that learned this the hard way.

SAGE4 (www.sage4.com) was fairly early on the social media scene. Being a band, they turned to MySpace in September of 2005 where they launched a MySpace site, complete with streaming audio of their songs, a blog to keep fans posted about their band updates and other key information about the band.  I know MySpace is sometimes regarded as a bit passé amongst social networking gurus, but it’s still an incredibly popular site and an important venue for bands. Plus, the lessons from this story could be applied directly to Facebook, Twitter, etc.

Here’s the familiar situation- the band’s members spent hours each day on MySpace connecting and directly communicating with fans of their hard style of music. They personally responded to every fan’s comments (which included 20,000 comments and thousands of private email messages.) This added up to thousands of hours spent marketing through MySpace, creating a personalized relationship with the SAGE4 fans.

The Good: Their social media effort made SAGE4 a very successful MySpace story. An independent band without the backing of a major label, SAGE4 quickly built their fan base to over 54,000 fan “members”, who supported the band in their growth efforts. Through this fan base and the band’s exposure on MySpace, SAGE4 maximized their social media bang-for-the-buck. Their achievements ranged from winning retail chain Hot Topic’s national Battle of the Bands competition to landing a movie appearance and soundtrack deal in a major big budget horror movie. Moreover, SAGE4 was being approached daily with new opportunities for radio play, gigs, magazine interviews and record label inquiries- not bad for an independent band.

The Bad: The band was in negotiations with several labels when they got the worst news they could imagine. Their site (and all 54,000+ friends) had mysteriously disappeared from MySpace, with only a “dear John” form letter to compensate for their years of work building their fan base on the site. Not that this was the first time that SAGE4 encountered issues with MySpace. Their page had been hacked three times before and this was the second time it had been wiped out completely. After the first wipeout, they sent a note to customer service, and although they didn’t hear back, the page was restored. This time, after trying to contact customer service for a month and getting the same form email over and over, they lived with the reality that their work was totally gone. The band learned that this was not a unique situation and connected with other bands that endured the same fate.

The Ugly: With no prior warnings before the site was taken down and no opportunity to address any potential hacker issues or correct any perceived wrongdoings, the band had to start their marketing again from scratch; something that they found difficult to do with much enthusiasm. Every one of their followers was lost and the band now had no way to contact their fans to let them know what happened.

The Take Away: The take away is that while social media can provide an exciting platform for businesses to tap to build relationships, there needs to be a plan in place to migrate those relationships so that the business owns them. Otherwise, you, as a business owner, are at the mercy of that third-party site. If something goes wrong or if it goes out-of-style (which will happen to all the current “hot” social media sites at some point), you risk losing access to your relationships built on the site.

Third-party social media sites should be a part of a larger strategy, one that creates a path to gain ownership of the relationships.

In the case of SAGE4, they decided as part of their re-building strategy to go with a proprietary forum and mailing list that they now run on their own website. While they acknowledge they couldn’t have built their following so quickly if it weren’t for a third-party platform, they know all too well the perils of not transitioning their “customers” to their own platform more quickly.