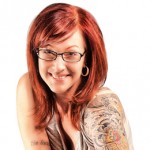 There’s Something Dead Sexy About a Geek

Written By: Erika Napoletano | Comments Off on There’s Something Dead Sexy About a Geek

Not so long ago, I had a date with a man so good looking that it was criminal. Clive Owen would have kneecapped him in the parking lot had he been in a 300-mile radius, purely on the basis of job security. We’d met on some dating site or another and shared an email or two, deciding to leap in and get the do-you-look-like-your-pictures dance squared away.

He looked like his pictures. Better, in fact. It was tempting to reach across and touch his face to see if live airbrushing were possible.

After an hour of conversation, I thanked him – for his time and the cocktail. He followed up asking if I’d like to have dinner the next week. And I declined.

Because this man – oh, he was sexy. But I was looking for dead sexy, which is why I have a thing for geeks.

Let’s face it – geeks have a higher propensity for entrepreneurship than any other breed of human. Why? Because we were never one of the cool kids. We were slapped with that “unpopular” label and left on the sidelines of the school cafeteria and commons areas to bask in its juvenile rancor. But all of that unpopularity? It made us pretty damn adept at (more than) a few things (all of which are incredibly sexy):

The Value of Relationships

We really should thank all of those popular kids for not sitting with us and our superhero lunchboxes. I’m firmly of the belief that geeks like us were taught a better way of building relationships. Since we didn’t have that “ready made” audience, we realized that relationships worth having must be earned. Once earned, they have to be cultivated and then nurtured. It’s a never-ending cycle and one that can only make our offerings even better. We’re taught not just to value relationships, but that if they’re not properly tended to, they can disappear at any time. That’s something the popular kids never got.

The ability to build, nurture, and maintain relationships? Incredibly sexy. And in the business realm, it’s one of the sexiest abilities we can have, as our audience will love us for it.

Our younger years were spent being told that popularity was the equivalent of success. Seduced, we were (insert Yoda voice) by artificial metrics that told us what was good and bad. Today? We know that the sexiest thing we can be is unpopular. Building for everyone means building for no one – and we’re not in this gig to waste anyone’s time.

So, should we choose popularity’s seduction (and all of the plastic trophies that accompany it)? Or are we better off with understanding the true nature of success – the ability to create a business that we not only love, but build it for the people who will ultimately love us? I’ll stand by my assertion that geeks are dead sexy and there’s a fierce need to embrace our respective inner black sheep. We’re not followers – we’re leaders. We’re not popular – and never want to be. But we are determined, resourceful, and something none of those popular kids will ever be: Dead sexy to the people who matter most – our customers.

From Carol – I am going to give away a copy (that I paid for myself, because as Erika pointed out to me last year, authors don’t get royalties if you ask them for free copies of their stuff, and I want to support my friends).  If you want a copy of Erika’s book, comment on any blog post this week (Monday through Friday) and I will pick one commenter at random and send them a copy.

Article written by Erika Napoletano
Follow @http://twitter.com/PointA_PointB
Erika Napoletano – the creator behind the RedheadWriting online persona – is the Head Redhead at RHW Media, a Denver-based digital strategy consultancy. In English, that means she spends her days keeping companies from looking like assholes online. She’s the author of two books, an unapologetic blogger, and a monthly columnist for Entrepreneur Magazine. A lover of banana milkshakes in spite of a lactose intolerance, you can learn more about her at ErikaNapoletano.com and check out her newest book – The Power of Unpopular (already #4 in the Kindle Store for Marketing Books!) at UnpopularBook.com.