Sometimes Your Fans Will Hate You

Written By: Britt Raybould | Comments Off on Sometimes Your Fans Will Hate You 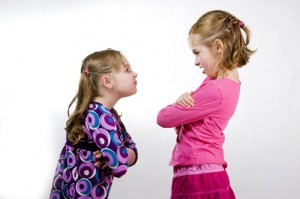 If you’re the founder of a fan-oriented business, you love your fans. You love how they support your efforts and how they’ve helped you grow a business. But there’s a dark side to the fan-based business: Sometimes, your fans will hate you.

Maybe it’s more accurate to say they’ll hate what you do, but it seems counter intuitive, right? These are people who love your work, so how could they ever hate you? The reality of the fan-based business is that for people to become fans, on some level, they feel a sense of ownership. With that sense of ownership comes, well, the potential to react strongly if they believe you’ve failed to live up to expectations.

For instance, take the announcement of the actors cast for 50 Shades of Gray. Fans were so furious that they started a petition on Change.org demanding that producers cast fan favorites Matt Bomer and Alexis Bledel. As of this writing, almost 75,000 people had signed the petition.

When faced with the initial fury of fans on Twitter, producers dared introduce logic into the passionate discussion:

“There is a lot that goes into casting that isn’t just looks. Talent, availability, their desire to do it, chemistry with other actor, etc.,” wrote Brunetti, adding, “So if your favorite wasn’t cast, then it is most likely due to something on that list. Keep that in mind while hating and keep perspective.”

As you might imagine, fans weren’t happy with the explanation. We saw a similar uproar when Ben Affleck was announced as the next Batman in the Superman/Batman movie extravaganza. It’s both the blessing and the curse of fans. They love your work, but watch your back if they think you’ve betrayed this thing they love.

Finding the balance between keeping fans happy and growing your business isn’t easy. So what are your options if you’ve made a call that upsets your fans? You could ignore them and call them idiots, but then you wouldn’t have fans for long. The better bet is to keep three rules in mind.

Few things are more vexing to fans than when creators explain a change with, “We wanted to see what would happen.” Your goal is to make deliberate decisions that can be explained as more than you were bored one day and wanted to make a change. While fans may initially resist some decisions, you’re more likely to succeed at wearing down that resistance if you have real reasons that back up your decisions. Not all your fans will see the light, but it helps if people know it wasn’t a random act.

One of the worst things you can do when attacked by fans is overreact. Yes, it’s painful to get attacked. And yes, at times, the attacks will be incredibly unfair. But reacting in the extreme does not help your business, nor does it connect with fans. The burden is on you to be the adult. If you’ve made the right call, you know you’re right. In the short term, use that knowledge to take the edge off the attacks, and respond to legitimate questions and concerns about your decision. Taking your fans seriously and not attacking them in return matters for the long-term health of your business.

3. Make the Most of Your Time

In our 24/7 culture, it may seem like one mistake with your fans could end your business. We can’t ignore that it’s a possibility. If you find yourself dealing with a time-sensitive situation, you’ll want to respond as quickly as possible. However, if you’re dealing with decisions that will play out over time, make the most of it. As the saying goes, time heals all (well, most) wounds. Reach out to your fans regularly and look for ways to explain why you made a particular decision. Give them the opportunity to come around.

Fan culture and our ability to connect with the people we admire is one of the most amazing things about our current reality. That said, you can’t afford to ignore the possibility that some day, your fans may hate you and the decisions you’ve made. Prepare yourself today for the possibility and it’s much less likely that your fans will break up with you in the future.

Have you ever had the face the wrath of your fans? How did you handle it when they went from loving you to hating you?