Written By: Jesse Langley | Comments Off on Stop Being a Twitter Tart 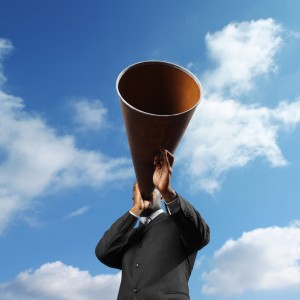 Okay.  You’ve decided to take a crack at social media.  Everybody’s doing it, right?  If you absolutely insist on taking the plunge, at least do it right.  Don’t be a social media mouth breather.  If you’re going to incorporate social media into your marketing bag of tricks, placing a Facebook “like” button on your company’s website doesn’t mean that you’re suddenly going to get a bunch of buzz.  Breathless constant tweeting isn’t going to work for you either.

Using social media effectively is a tactic that already-successful and well managed companies can use to increase awareness of their brand.  It can be invaluable for communicating with consumers of your goods and services.  Social media can also be an awesome tool in the hands of your public relations team.  Think of social media not as a savior, but as a force multiplier of your existing corporate message.

Small business owners often decide they need a Facebook or Twitter account without having any clear idea of how to really harness the power of social media.  This frequently happens when a company isn’t doing well.  When a company is floundering, they tend to look longingly at social media like a drowning man at a life raft.  But social media isn’t a panacea.

If your small business isn’t doing well, forget about a postmodern technological solution for a bit and go back to basics.  Begin with a good, old fashioned self-examination.  Introspection can be a good thing.  But you have to be honest about wanting to find the problem(s).  If you can’t acknowledge and identify your company’s problems, you’re not going to find solutions.

So, you’ve identified the problems in your business.  You trimmed some fat and improved efficiency.  Numbers are up and profit projections look solid.  Now, you’re in a position to make a social media presence effective for you.  Making sure that your social media movements are coordinated and well thought out is important.  You need to project unified and coherent communication that reflects well on your brand.

The information in your tweets and Facebook status updates should all mesh with the information and image found on your corporate web page.  Your social media presence should be consistent with your corporate culture.  There’s nothing more painful than watching a stodgy company with a creakily conservative corporate culture trying to sex up their image by breathlessly and incessantly tweeting inanities.  Brooks Brothers meets Britney Spears never really works.

Using social media to project a unified message will be a great start for your initial social media experimentation.  But to really tap into the potential of social media, you need to turn the monologue into a dialogue.  Using surveys, posting videos and encouraging people to ‘like’ a post or status update allows viewers to go from spectators to participants.  This is what makes social media social. When a consumer or fan of your products engages on your page, it can exponentially increase your exposure.  Your updates are more likely to be sent to their friends and appear in the news feeds of a much larger group of people.  But greater visibility carries bigger risks.  Nothing is worse than a mouth-breather with a megaphone.

So, now you have some examples of what you should and should not do in social media.  It really is mostly common sense.  Have a solid marketing strategy and amplify it with social media channels that make sense for your business.

Do you have some examples of companies who are doing social media particularly well?  Have you seen some train wrecks? We would love to hear about them.  Please leave a comment below!

Article written by Jesse Langley
Follow @http://twitter.com/PointA_PointB
Jesse Langley lives near Chicago. He divides his time among work, writing and family life. He has a keen interest in blogging, social media and also advocates for online education.