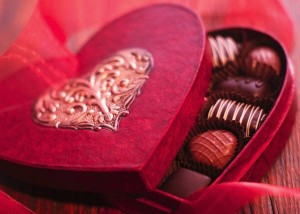 Although Valentine’s Day is approaching, the reflections in this post are anything but sugary. Reason being, business today has become a tad too sweet for my taste.  We’re getting flabby by gobbling up verbal candy instead of taking our medicine, swallowing the bitter pill. As a result, we think we’re doing well when we’re not; we believe we’re sitting pretty when the roof is about to cave in.

Owners and bosses have a responsibility to tell it like it is. They owe it to the staff, and in the long run it’s the best way to build a strong, profitable organization. Instead, there is too much of this going on:

Beating Around the Bush

If you’re announcing a round of terminations to the management team, the news won’t be any better received if you preface your remarks with a vignette about how you ran over a cow driving home from Wisconsin. They won’t get excited about the prospect of firing their loyal foot soldiers because you spent 20 minutes explaining circumstances they were already aware of. The best way to deliver bad news, as we learn from Seinfeld, is to “do it like a Band-Aid. One motion! Right off!” (The Ex-Girlfriend.)

Speaking of terminations, that’s what they are. Firing people is not “layoffs” or “rightsizing.” Business communication is suffering from an epidemic of euphemisms. We don’t raise prices; we adjust them. We don’t take losses; we have negative earnings. We don’t lack necessary resources; we lack bandwidth. We don’t have problems; we have pain points. Euphemisms obscure meaning. They lull listeners into a false sense of security. Straight talk, in contrast, is a slap in the face. It focuses attention on what needs to be fixed.

Sales are up 15 percent. Our CFO embezzled $100K. We’re rolling out the new product line in August. That’s a bad news sandwich. Unfortunately, a couple slices of rosy rye won’t make the crappy corned beef in the middle taste any better.

Enabling can be inane — You blew a $1 million account, but your new shoes are fantastic — or it can be insidious — You blew a $1 million account, but that sort of thing happens to even the best sales reps. In the first instance, equating a financial body blow with a pair of shoes won’t inspire the rep to take the problem seriously, let alone take action to prevent a recurrence. In the second instance, expressing reassurance is fine, but it cannot be the only thing said. Being a boss means telling people what they need to hear, not what they want to hear. In this case, the rep needs to hear what he did wrong so he can do it right next time.

Why do we have so much feel-good speech in business? Part of the problem is that we wrongly believe that being direct is the same as being rude. In reality, being direct is one of the most courteous things we can do in business. Direct communication shows respect for the listener. It does her the courtesy of letting her know where she stands and where the company stands. It creates an atmosphere of trust. All of these things contribute to a strong, tight and efficient organization, whether comprised of two people, 200 or 2,000.

Come to think of it, that’s a pretty sweet deal. Happy Valentine’s Day!